The People Running Britney Spears’ IG Have Something To Say!

As we all know, Britney Spears has finally had the chance to speak her truth and tell a California judge just exactly what's been going on with her. The star has been under conservatorship for the last 13 years of her life, where she has been own tours, done a Las Vegas residency and much more. She's done all this and made millions of dollars, which she doesn't get to use. She admitted to being enslaved by her managers and her father but the people (Cassie) who run her Instagram account want you to think that everything is totally fine!

The new Instagram post had celebrities coming to show their support for Britney in the comments, like Jordin Sparks, Sarah Hyland and Tiesto, who said he hopes that she can live her life the way she wants. Disney star Rowan Blanchard also shared her support on the post which had some true Britney fans letting her know exactly who is behind the account, and it ain't Brit. 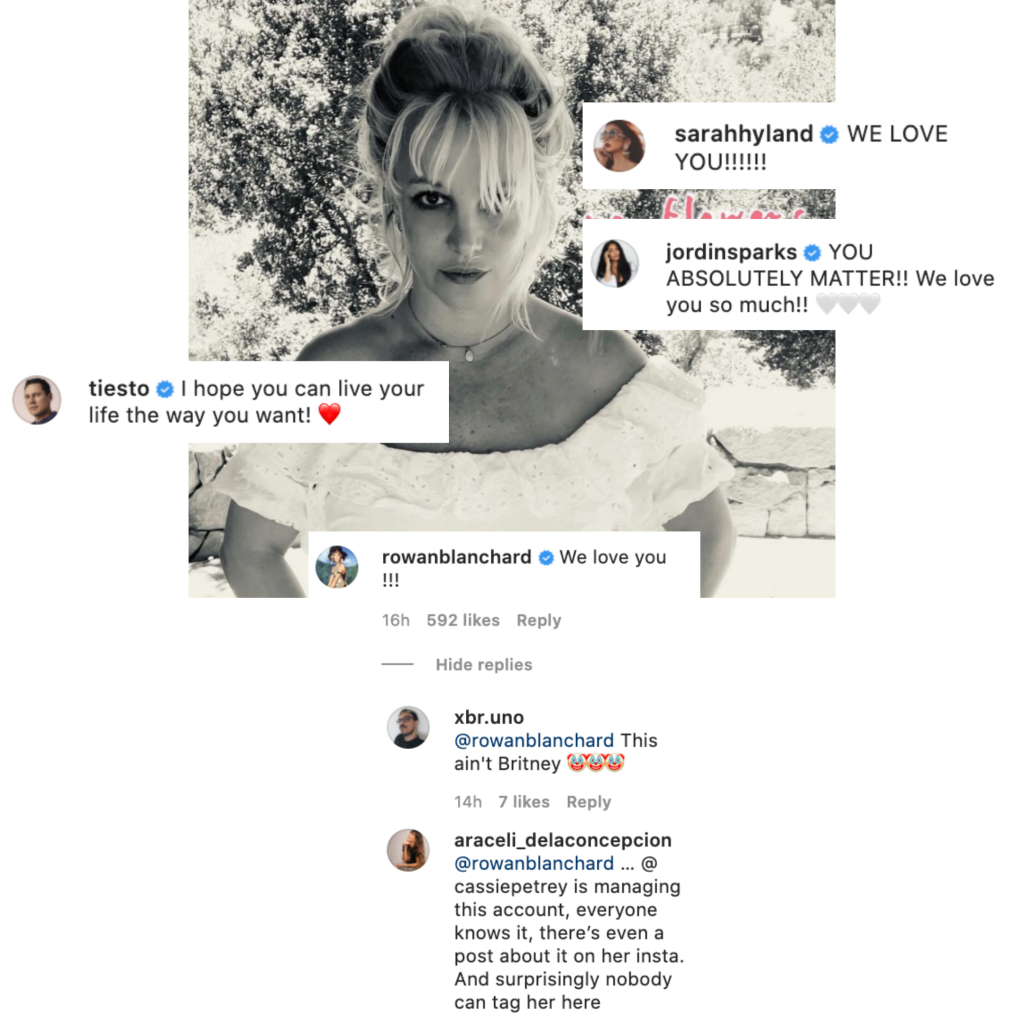 Read the new "Britney Spears" caption below to see how they're trying to spin this one! But don't even think about commenting #FreeBritney, or anything about how you know that she doesn't have access to her phone or Instagram account, because the handlers are deleting any meaningful comments here. FREE BRITNEY!

Inside Joey King’s Self Isolation