Sydney Sweeney and Maude Apatow star as sisters in the HBO series Euphoria and have become close friends in real life as well. The pair recently teamed up with LA based photographer Davis Bates to recreate a truly iconic photo.

You might recognize it already but the pair are playing versions of Jayne Mansfield and Sofia Loren, recreating the classic photo of the two actresses sitting together at a Paramount Pictures dinner.

The photo went "viral" back in the day and has become a moment in history because of the epic side eye Sofia is giving Jayne's massive braless boobs in her dress. See the side by side below and a few more shots from Sydney and Maude's shoot in the gallery! 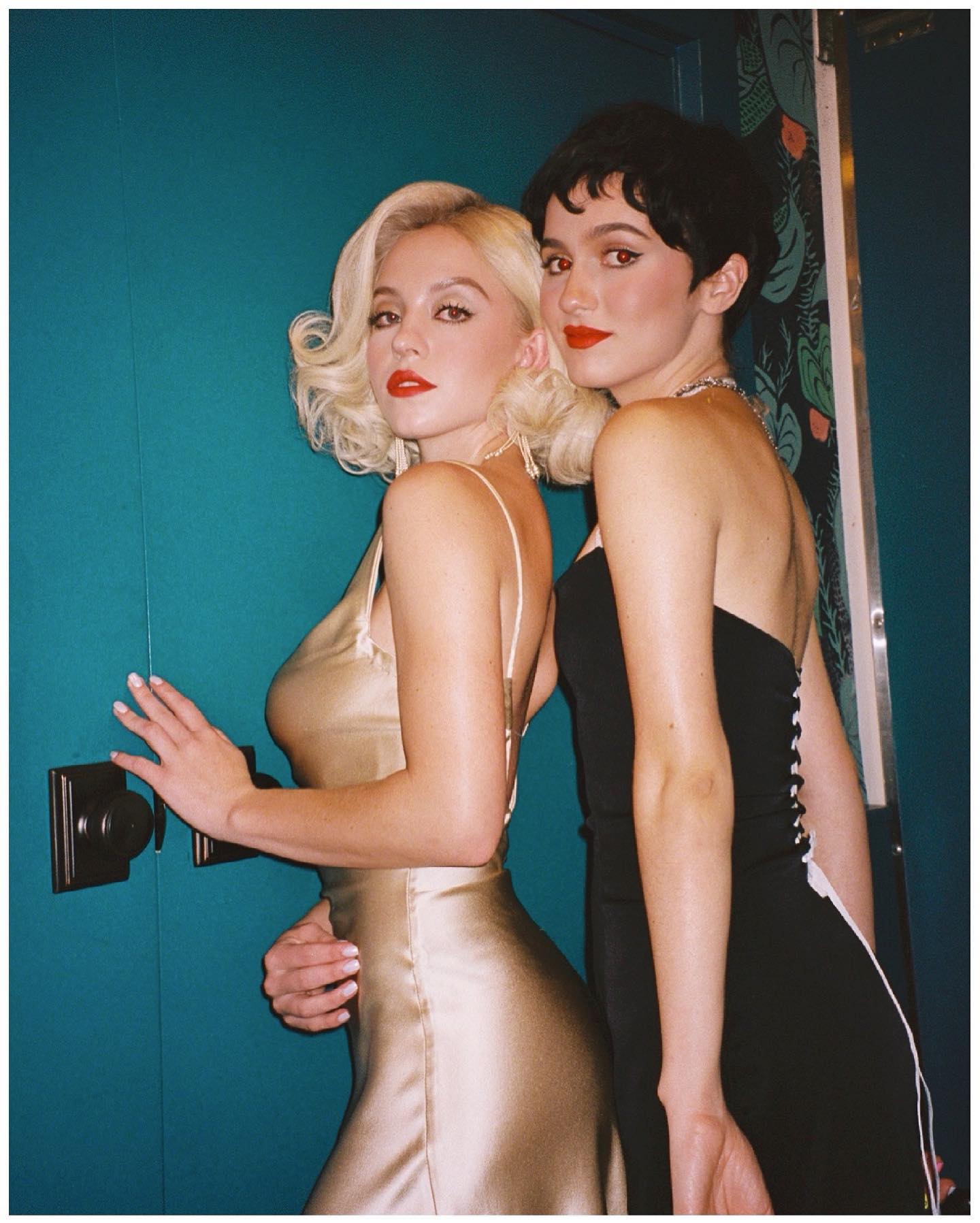