Sofia Richie teamed up with the iconic photographer Ellen Von Unwerth for a new photo series for Cosmopolotian Magazine.

Throughout the photos Richie is seen posing as a typical domestic housekeeper, she’s cleaning the pool in a couture gown, she’s mowing the lawn and trimming the bushes. The best shot, in my opinion is the one of her in a see through animal print dress scooping peanut butter out of the jar.

The 21 year old spoke about her love for bikinis and how she will be launching her own line this year, she also mentioned that she suffers from panic attacks.

"I would convince myself that I was panicking or that I wasn't comfortable, and once I realized that I was doing that to myself and nothing was actually wrong with me, I was totally fine."

It also looks like she’s finally done playing BFF with her boyfriend Scott Disick’s ex Kourtney Kardashian, apparently after years of biting her lip to deal with Kourtney’s shitty attitude she has finally had enough and has unfollower the Kardashian on social media. This is after they three of them spent many family vacations together, but apparently the unfollow didn’t last long as Scott had her re-follow his ex wife and all is right in the world again! 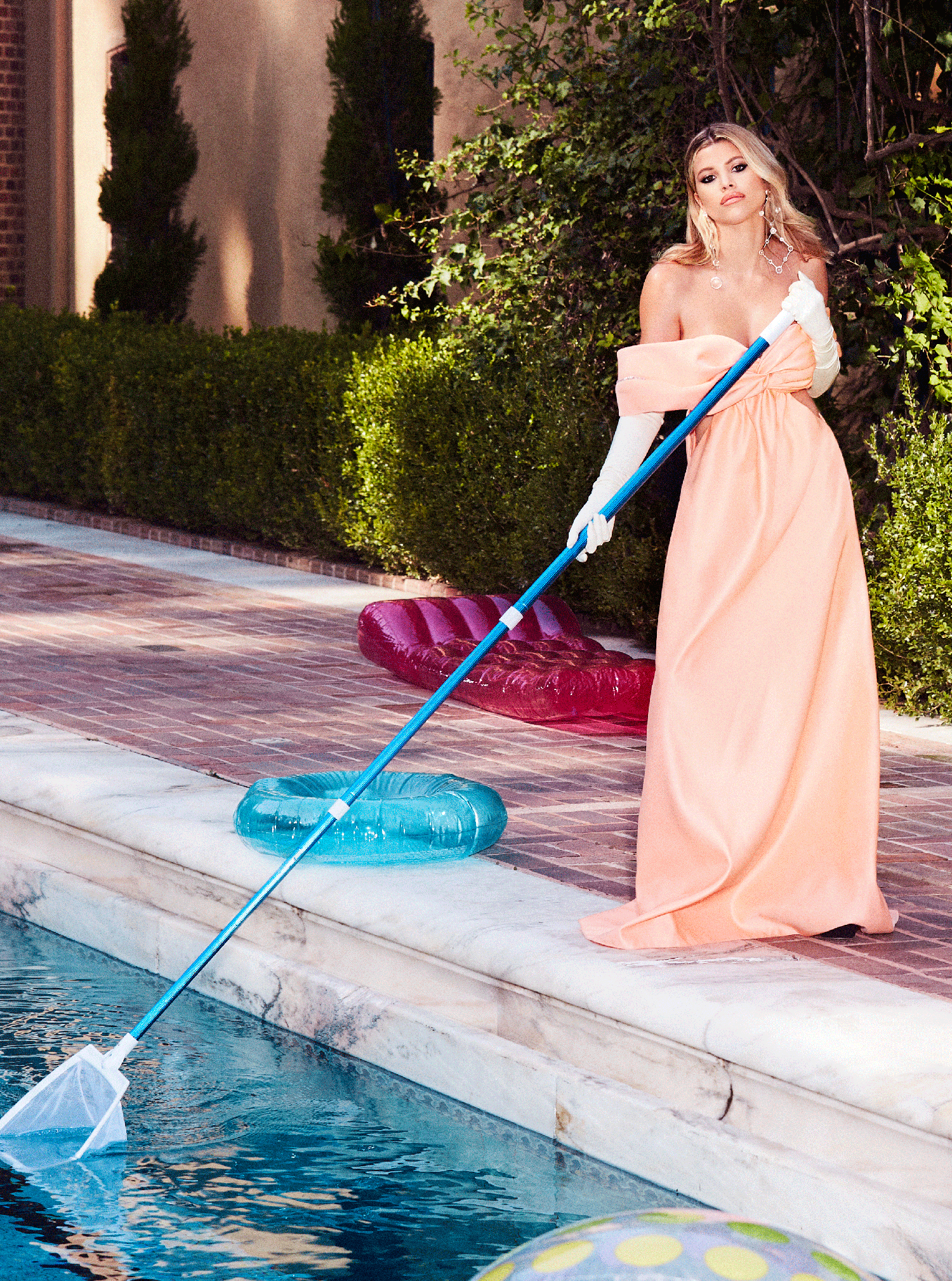 Vanessa Hudgens Wants You to Text Her!