Rita Ora turned the big 3-0 this weekend which was cause for celebration in her Notting Hill neighbourhood where she threw a party with 30 of her closets friends. This included model Cara Delevingne and her sister Poppy among others. As it turns out, London is still on lockdown and events like this are not allowed, the lockdown also means all bars and restaurants are closed however Rita had this secret party in a restaurant.

Someone in Notting Hill obviously was not down with Rita's birthday bash and ratted her out to the FUZZ, which resulted in her being charged with a fine of £10,000 that she later voluntarily paid, right before making a public apology! Here are some of her secret illegal birthday party snaps! 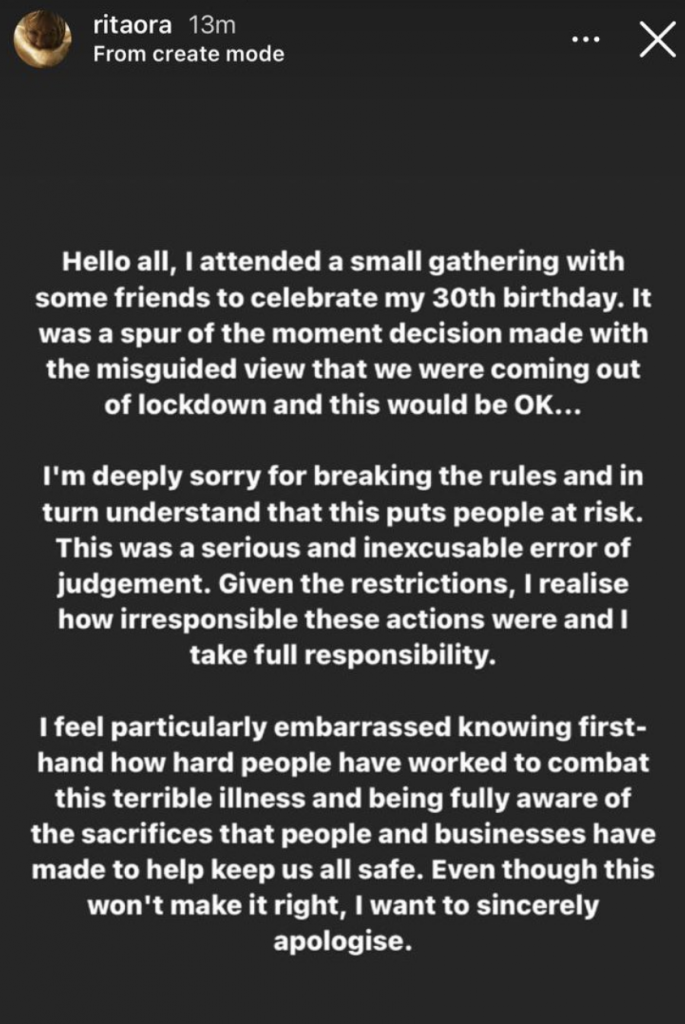