As it turns out, Rainey Qualley doesn't even use that name, she goes by Rainsford and is a musician unlike her sister the actress Margaret Qualley who had a role in Once Upon a Time...in Hollywood. Rainsford just released a new music video for her single called "Oh My God" which shows Rainey as a giant figure in the sky laid out among the clouds in a pink bikini and clown face paint. She talks about the song and her inspirations that lead to the video in a new interview with Office Magazine.

"I wrote “Oh My God” with one of my best friends. You can actually hear me laughing at the top of the track. I feel like there is so much doom and gloom in the world right now, so I wanted to put a song out for people to escape within even if its momentary." 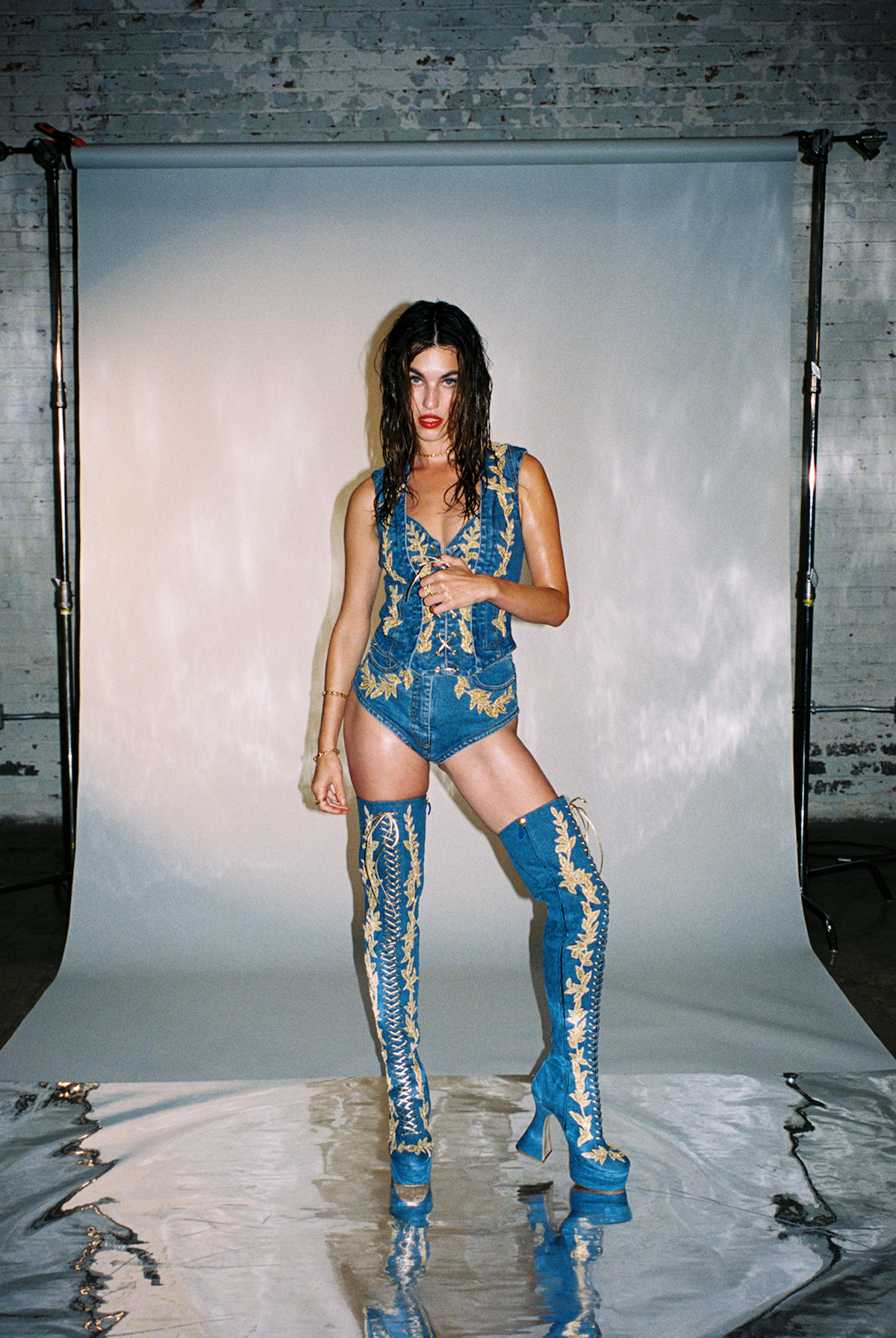