Picking sides between The New Yorker and Ben Affleck. We're all winners today aren't we. Through about twelve-hundred different avenues, Ben Affleck has yet again become one of the most mocked people in Hollywood after his brief post-Gigli redemption afforded by directorial success and his role as Batman. Now he's the guy who wasted his #MeToo encounter by grabbing Hilarie Burton's tit on TRL, who cheated on his dour ugly self-loathing wife Jennifer Garner for reasons we'll just never know up until their divorce in 2017, and who has turned into just another fat middle-aged man with poorly chosen tattoos. These are all facts. But to make fun of him for these things? Not cool people. 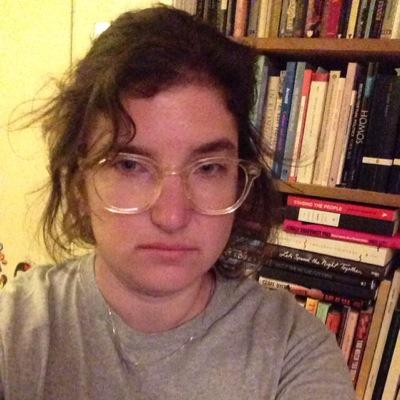 (That's her real picture by the way. Not a close up of one of Lena Dunham's skin tags) states:

...In one image, the actor stands alone, looking off into the middle distance. His gut is pooching outward…

Not everyone can look like you Naomi. BTW if you have any feedback for this angel you can tweet her here. Naomi also called Affleck's tattoo "garish," and must have pressed one of his buttons, because after avoiding Twitter since the end of 2017, Affleck returned to declare to The New Yorker and the world:

Here's the thing. Affleck is a fat fuck, and calling people fat fucks isn't only my job, it's what makes me able to live with myself. But something tells me ol' Naomi wouldn't criticize Ashley Graham's weight, and actually probably isn't too keen on commenting on women's bodies in any capacity for fear of being a body shamer. Or worse. A h8er. And yet she feels comfortable criticizing fat as hell desecrated sexual assailant Affleck? Seriously Naomi. Not cool. Words are weapons. And so is this picture...

Don’t be jealous of my new river phoenix T-shirt!!!!!! pic.twitter.com/FgFjQ0K3OU

Emily Ratajkowski a Vision in White!

Josie Canseco Gets Down in Cabo!