Megan Thee Stallion is known for starting the whole "hot girl summer" craze which said said is about "just being you, just having fun. It's turning up, driving thereat and not giving a damn about what nobody's saying." It's described as A summer where you are in charge of your own happiness by UrbanDictionary and it looks like Meg is doing just that, endlessly. Here are some new shots of Hot Girl Meg splashing around in a pink micro bikini with her new blonde hair which looks phenomenal.

The 25 year old has had an insane year both good and bad after she got shot a few months ago by a Canadian rapper, who has recently been ordered to stay away from her and is looking at jail time for the event that took place after a pool party at Kylie Jenner's house. More recently, the rapper appeared in an op-ed for The New York Times titled "Why I Speak Up for Black Women" and talks about how Black women are disrespected and talks about the shooting incident. You can see it all here. 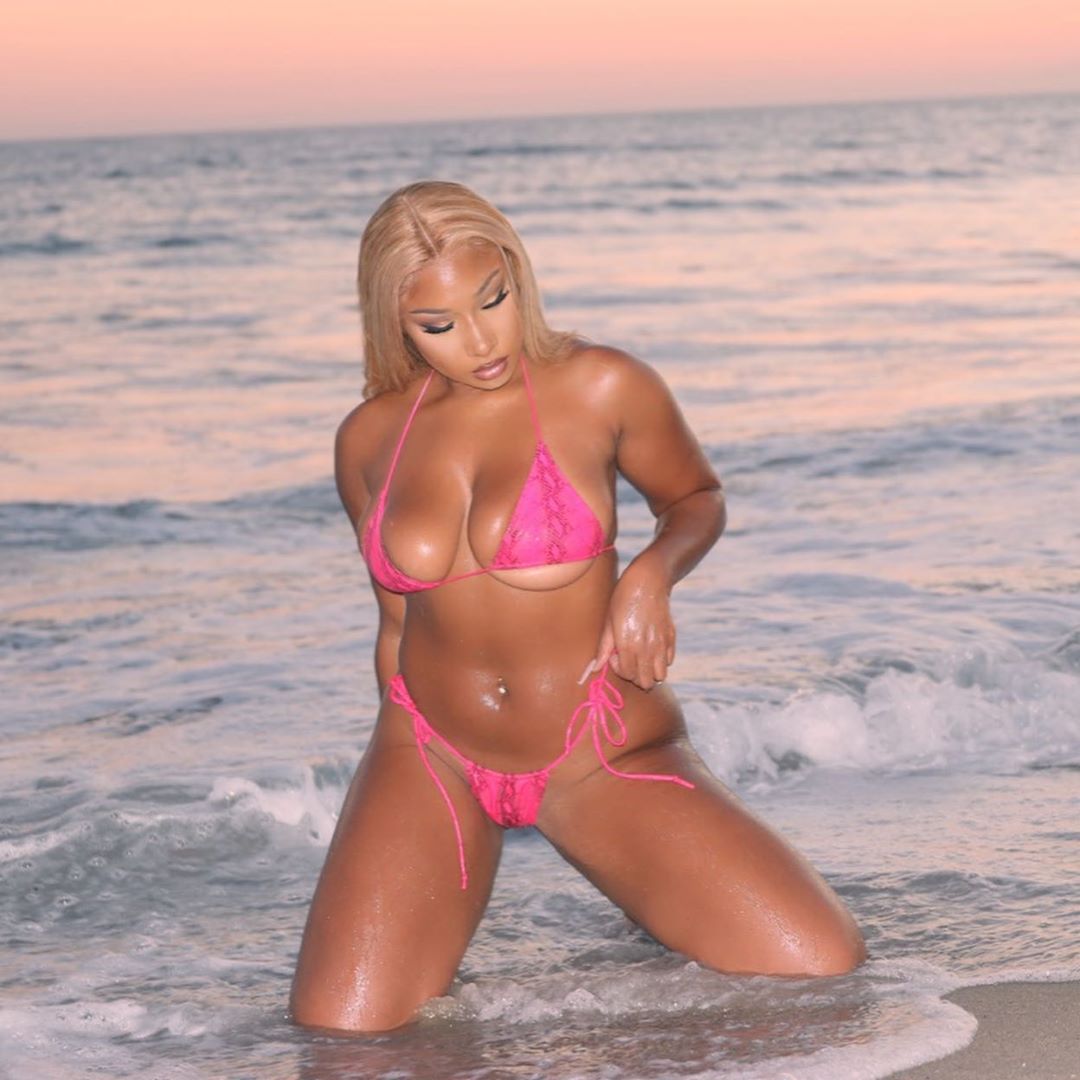