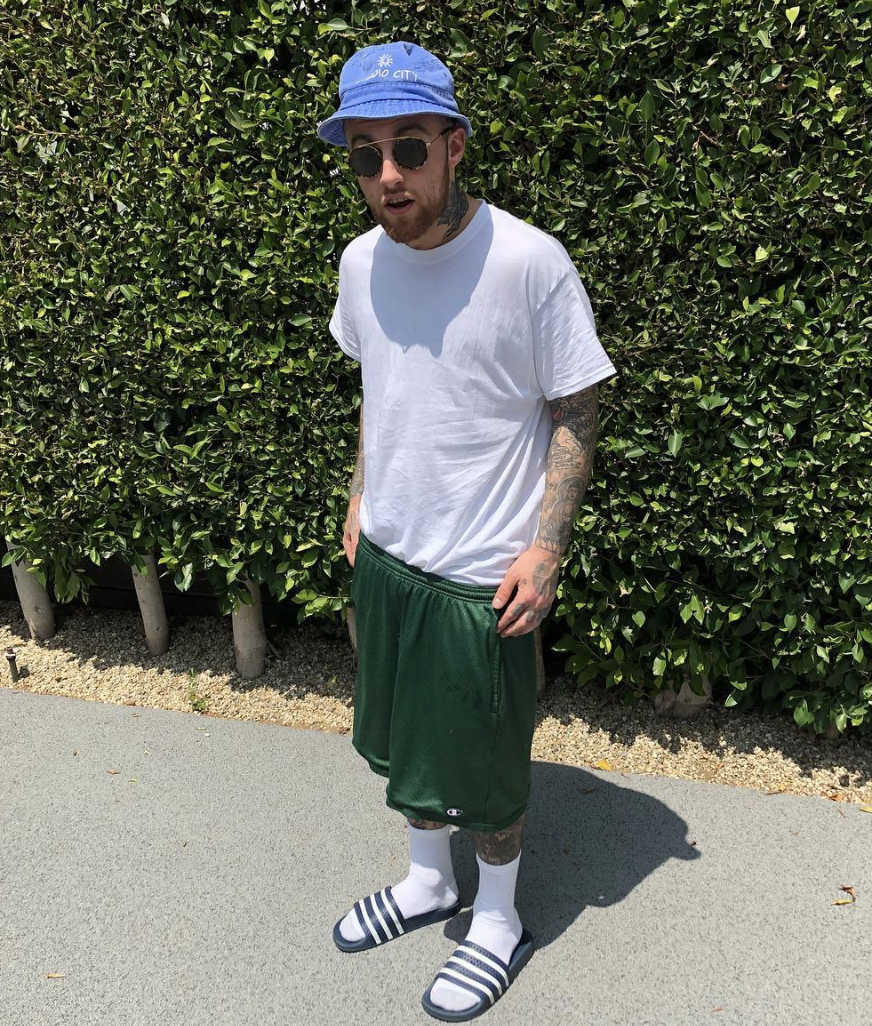 America's obsession with true crime series is only fueled by the truly bizarre ways in which our celebrities off themselves. Mac Miller's toxicology report is here, and while the twenty-six-year-old rapper's reported suicide is actually being ruled as an accidental overdose, the multitude of drugs found in his room (Xanax, oxycodone, hydrocodone, cocaine, Fentanyl, and Adderall) reads like Heather Locklear's shopping list. He wasn't doing great. We also now know that he was found by his assistant in the prayer position:

Miller was found face down and unresponsive by his personal assistant around 11:35 am local time, who described him as being in a 'praying position' with 'fluid excreting from the mouth' and he already appeared 'blueish.'

Da Vinci Code: SVU. Miller was also peak Millennial by doing blow off of his iPad:

In Miller's home recording studio was an iPad with 'linear white powdery residue' on it. Inside Miller's shorts pocket was a rolled $20 bill with white powder on it.

Pff. Kids and their gadgets. Miller was found dead this past September following volatile behavior, including a hit-and-run, after which, when tracked down by the police, Miller blew twice the legal limit. If I'm being completely honest, I've actually never knowingly heard any song by Mac Miller, and I can't imagine it's within my pay grade to Google one now. You can judge a book by its cover. And this book looks like his music would be garbage. Miller was recently immortalized in Ariana Grande's Thank U, Next as an "angel," which makes a lot of sense. Everything about him - from the DUI to the tattoos to the overdose to the doing blow off an iPad - screams "angel." But like this kind...

The Craptacular â€˜E.Tâ€™ is Finally Being Freed from that Legendary Atari Landfill