Lucy Hale had a long run on Freeform’s Pretty Little Liars which ran for 7 years, this role gained her a massive teenage girl following so it’s no surprise that the CW has hired her to play Katy Keene in a new Riverdale spin-off series of the same name.

The new Katy Keene series is apparently about the title character and her friends, including Josie McCoy, of Josie and the Pussycats, who are navigating their way around New York City trying to attain success on broadway, the runway and in the recording studio.

The CW introduced the character in last weeks episode of Riverdale, having Lucy link up with Veronica Lodge for no reason other than to let the audience know that Katy Keene has arrived.

Here are the first shots of Lucy in character as Katy. The first season premiered on February 6th on the CW channel. 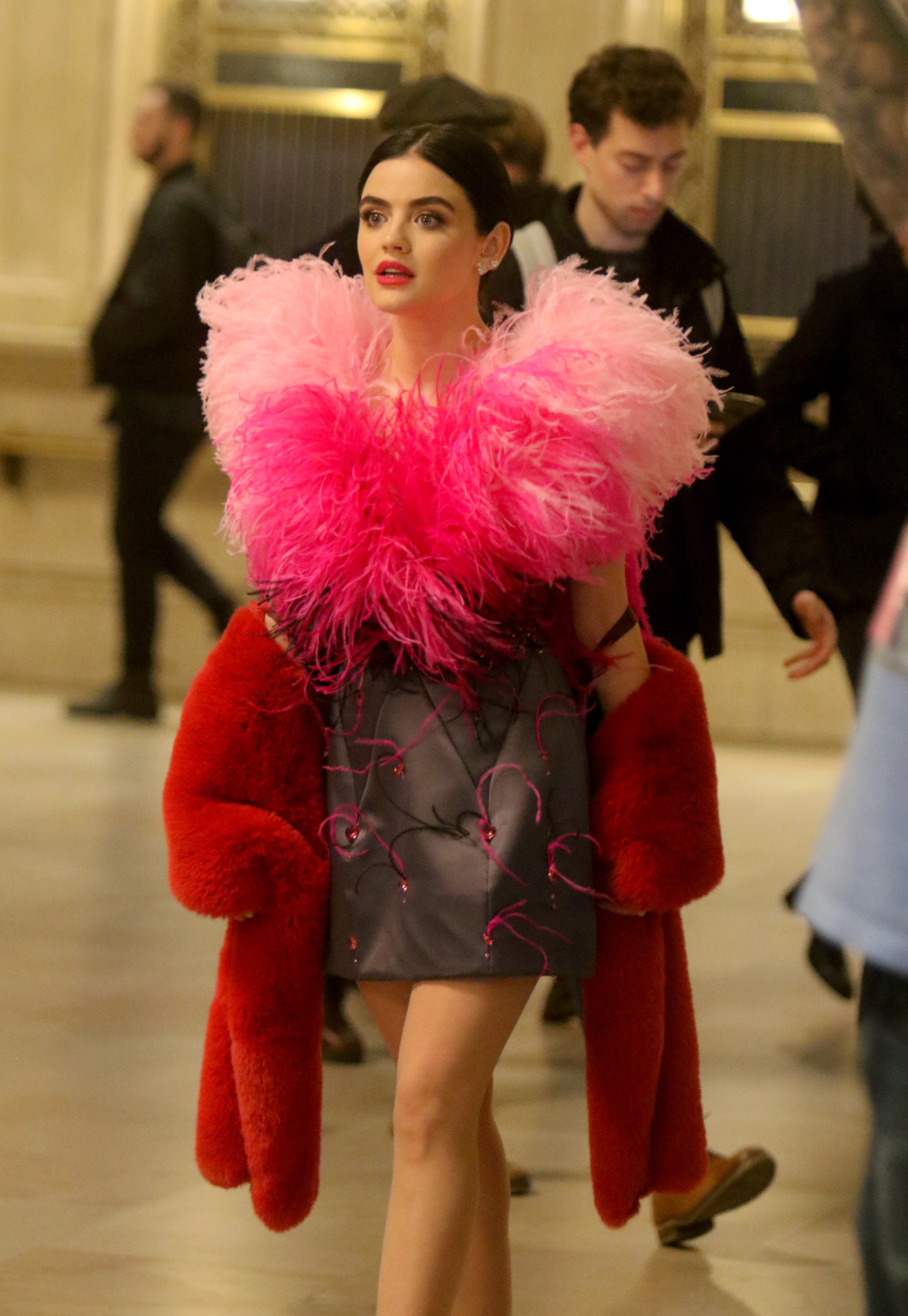