Kendall Jenner has been in various states of undress throughout her career and this VOGUE shoot is one of her more wholesome looks, but since she is packaged as the "Fashionista" Kardashian, who is an "It-Girl" in the fashion industry, pulling campaigns with all the luxury brands that her trashier even stripper-like sisters buy into, she's the more luxurious one, which is why she's in Vogue, I mean that and because Vogue wants as much attention as possible because print is dead, so continue to feed into the Kardashian empire because it backs out for the people feeding into the Kardashian empire, even though everyone hates on the Kardsashians for obvious and understandable reasons. Which is the same reason they all work with them, they convert because people love hating on them, and buying everything they are selling, all at the same time!

Kendall is probably the best looking of the Kardashians, so seeing her in what reminds me of the 1960s camp look, or the Dirty Dancing look, is alright. You just need to separate her from everything she represents and she's not so bad. Whether she's worthy of being a Top model? Well, that's not for us to decide. We just look at them there pictures don't we Cletus. 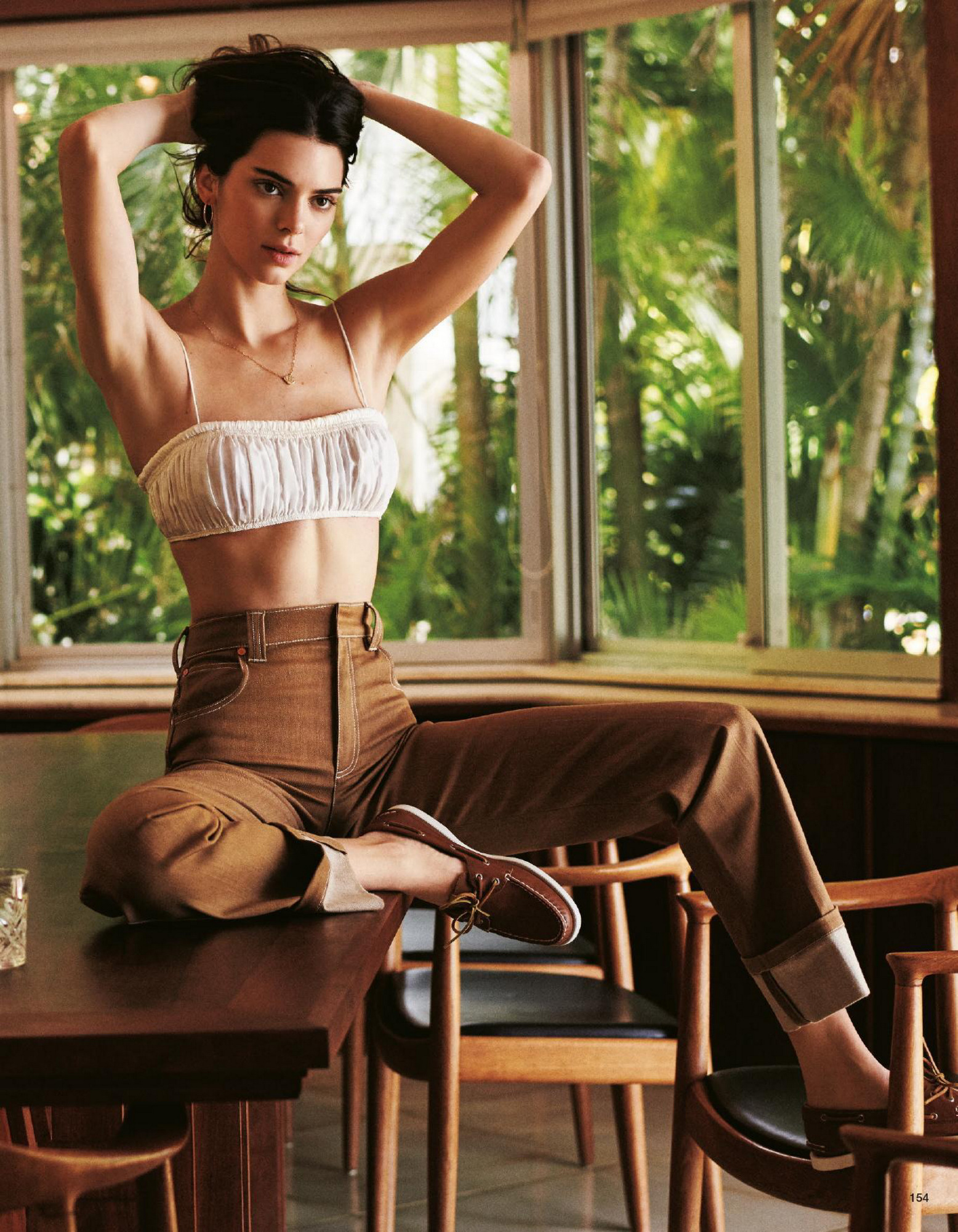