First of all Katharine McPhee is married to a 72-year-old?  Granted I'm not caught up on all of my American Idol gossip, being a sports guy an all, but what?  All I could think about was that scene from Big Daddy.

The Google machine says it's true.  They were married in 2019 and she gave birth to their son on in February of this year.  Which brings us back to the point of all of this.

72-year-old Grammy-winning music producer David Foster took to Instagram yesterday to praise his wife's post-baby body and to let you know his wife is hotter than yours.

He caption the picture of McPhee in a black bikini "what baby!"

Not everyone was a fan of Foster's supportive post, because apparently you can't compliment your wife without being criticized by some.  Here are a couple of the "brilliant" responses:

Another, receiving more than 200 “likes,” agreed sarcastically, “Yeah, let’s perpetuate the unhealthy narrative that women need to be back to or smaller than their pre-pregnancy size postpartum.”

Isn't social media such a fun place?  You can pass off your own jealousy as some sort of evolved way of thinking. 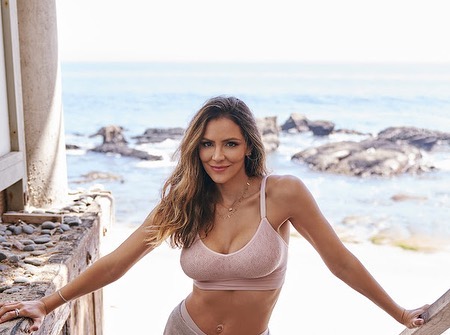