Britney Spears, or whoever is running her social media account, posted a new photo of the star getting a lift on her boyfriend Sam Asghari's shoulders at the beach. The photo is super cute until you see the shadow of her handler taking the photograph, then it kinda feels creepy.

The whole #FreeBritney thing is still going on and skeptical fans have started commenting on the photo saying that it's not even Brit. Some fans pointed out that her face isn't even in the shot and basically that she's still being held captive somewhere in a basement. After doing research by watching all of Britney's self shot dance videos, we have determined that the legs in the photo are proof that this truly is our girl Britney, bitch. 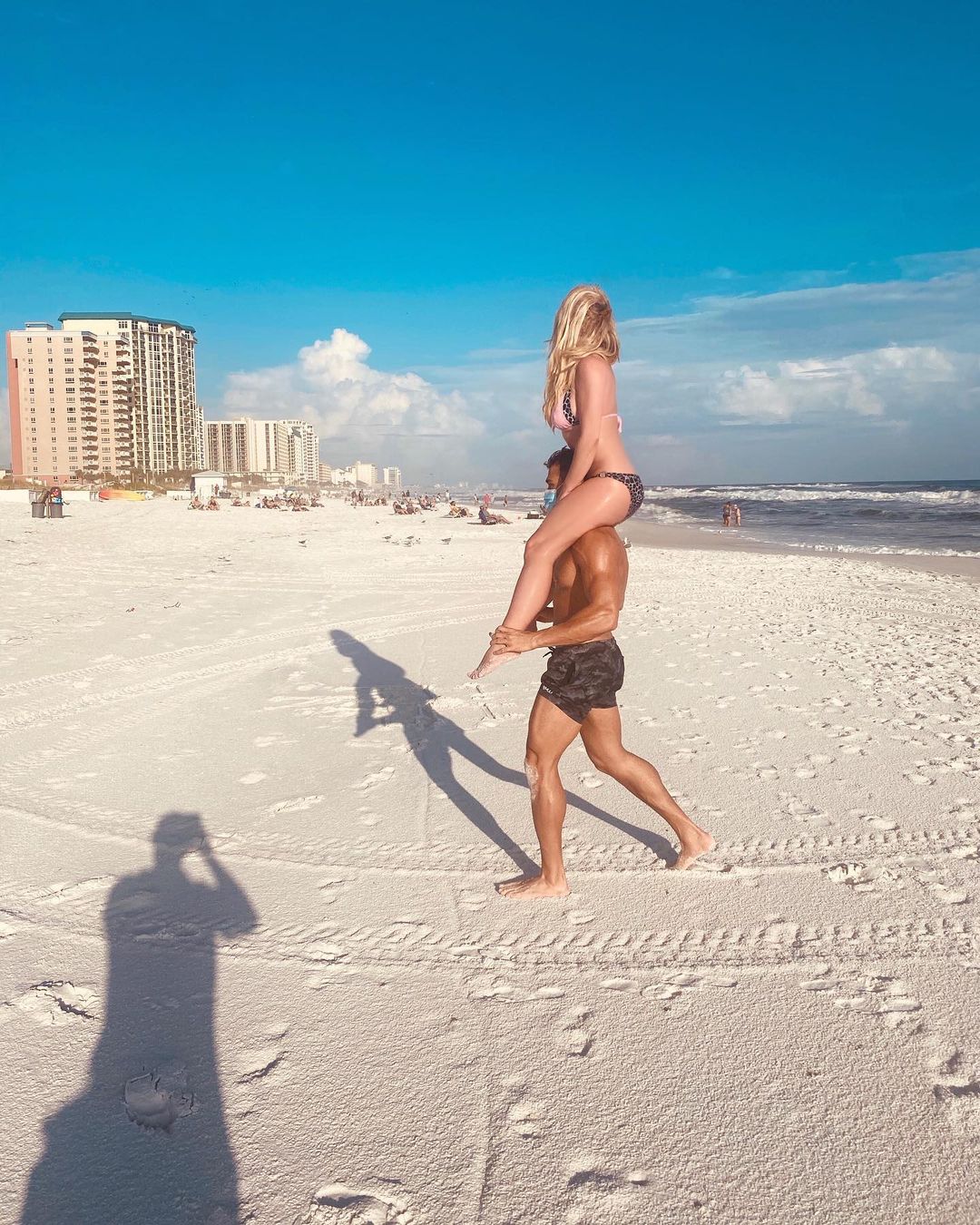