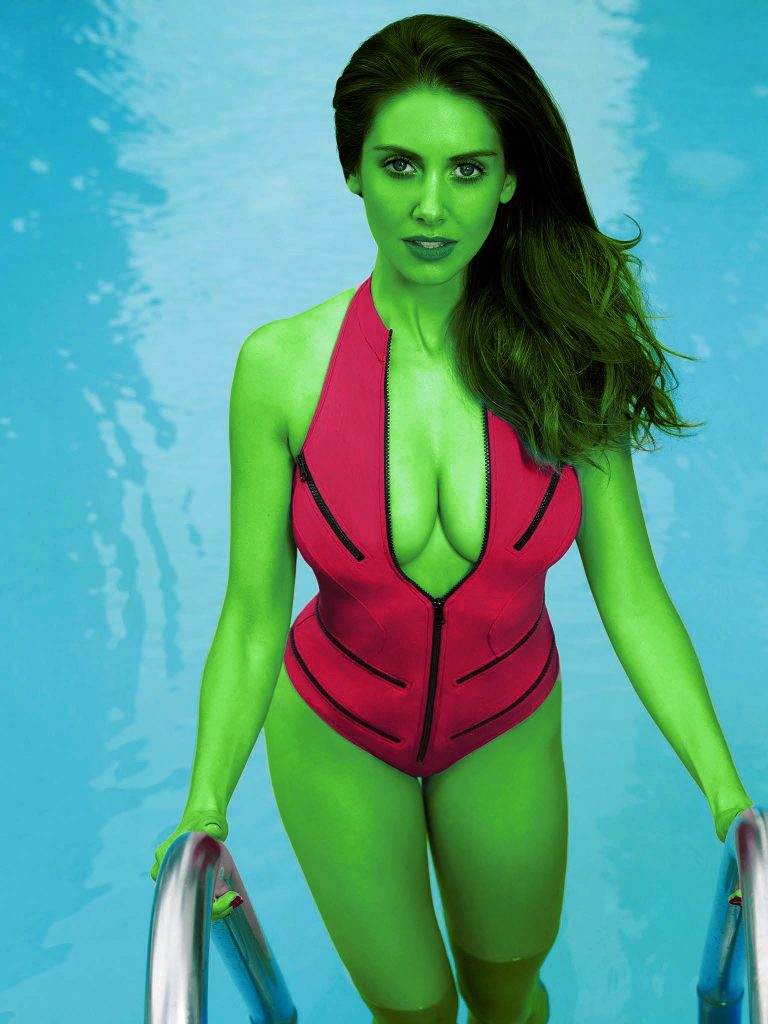 Straight from the rumor mill aka the DOUBLE VIKING FACEBOOK PAGE comes a story of She-Hulk.

Alison Brie is said to be in talks to star as Jennifer Walters/The Sensational She-Hulk in the new Disney+/Marvel series. Filming starts in August, so there's plenty of time for this to be confirmed or denied. She does seem to be the only serious name floating around so far.

I figured a green Alison Brie was enough of an excuse to post this rumor for both the Alison Brie fans and the She-Hulk fans.

I appreciate that Hollywood is creating movies around central female characters. I would rather watch a woman in the lead being hot than any dude. So I encourage the move in that direction. Keep developing strong female roles Hollywood!

Guess the Baby Bump and Other Fine Things!

Hunter King and her Friend in a Bikini!