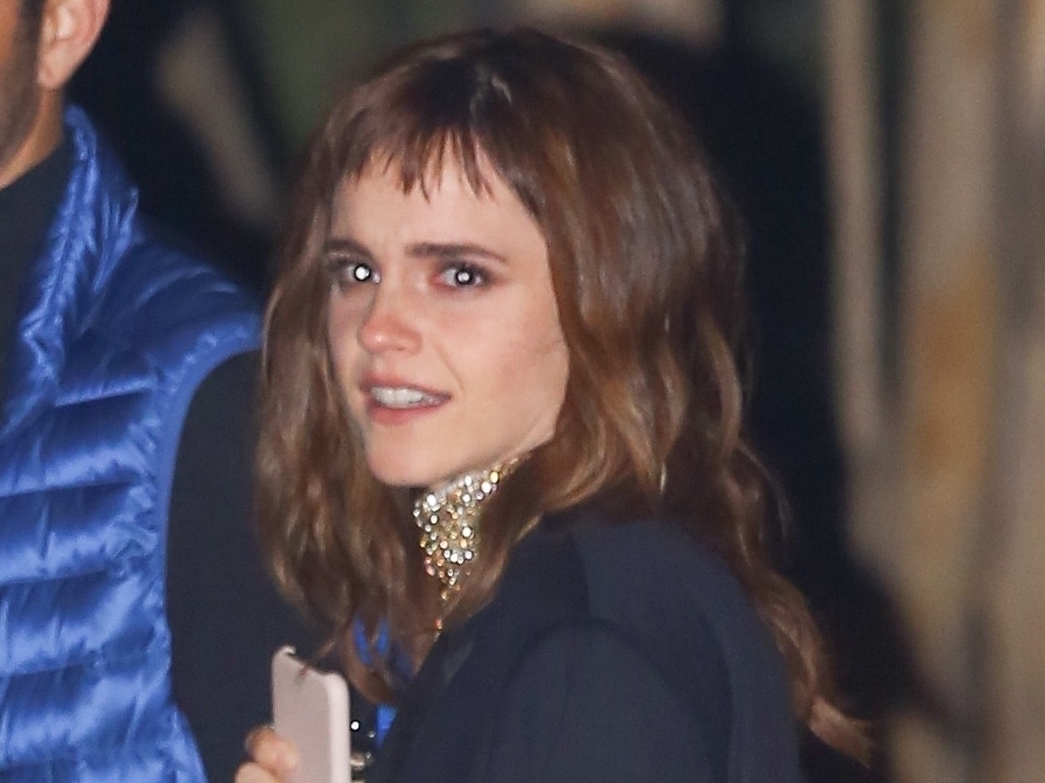 First off, if any of you own a pair of scissors and aren't mentally disabled, you should ring Emma Watson, because she's in need of someone with those exact qualifications to replace the person that created this hairstyle. The Harry Potter alum showed up to the Vanity Fair Oscars party looking like she just crawled out of the hospital from Girl, Interrupted, and she came bearing a very important attention stunt that's really going to shake up the status quo - a grammatically questionable fake "Times Up" tattoo. Sans an apostrophe. Those are no longer progressive.

The Golden Globes were the place for celebrities to look super bangable in tit-baring black dresses to protest being misinterpreted as sex objects, so that would have been the perfect opportunity for Watson to debut this work of art. But time was pretty much up on Time's Up by the time the Oscars rolled around this weekend, as evident in the fact that no one seems to care about Watson's protest. Actually, there was one widely-discussed Time's Up moment, and it fit really well into the Oscar's long-running theme of people congratulation each other for being amazing. Survivor Ashley Judd had this to say to a crowd of people wondering who she was:

The change we are witnessing is being driven by the sound of new voices, of different voices, of our voices, joining together in a mighty chorus that is finally saying Time’s Up … and we look forward to make sure that the next 90 years empower these limitless possibilities of equality, diversity, inclusion, intersectionality. That’s what this year has promised us.

That's so weird, she forgot the part about Emma Watson's temporary Times Up tattoo. Which I can only assume Watson was inspired to get after being assaulted by her stylist. These pictures are $575 a piece on Getty Images and that seems like the worst way in the world to spend $575 (not to mention would put a cramp on my $0 budget,) so you'll need to hit the link below to check them out.

Head HERE for the Times Up tat