Elle Fanning has been busy filming the upcoming season of The Great on Hulu, the show that has her channeling her inner Catherine The Great, the late empress of Russia. Spoiler Alert; the actress is fake-pregnant in the upcoming season which has her feeling some of the typical pregnant cravings on set, without the actual pregnancy part.

Watch Elle snack on set in the gallery below and be sure to watch her in action The Great on Hulu! 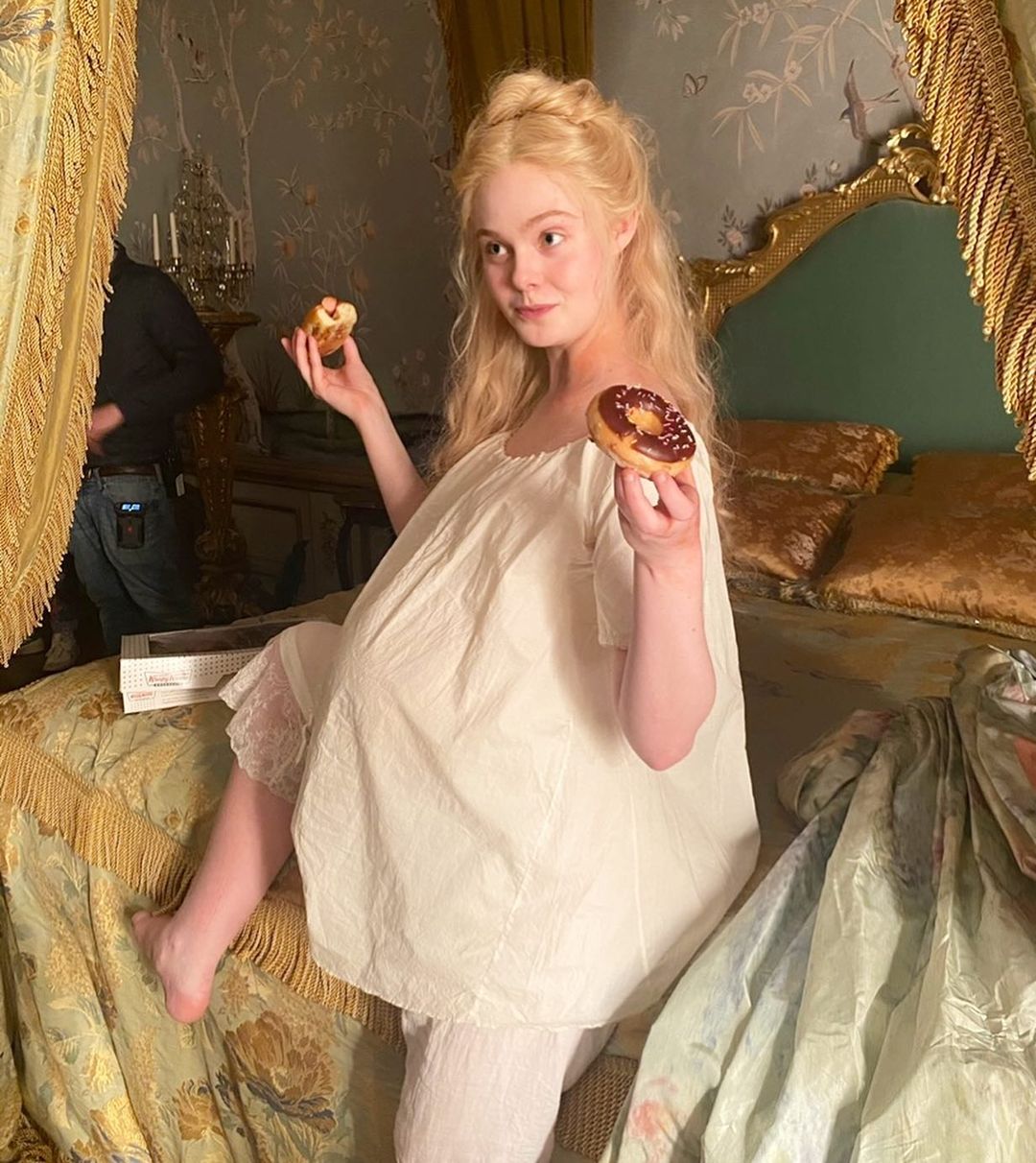 Sylvie Meis Amazing in a Bikini!