Dua Lipa is Bronzed on a Balcony!

Fresh off her quarantine vacation where she spent the last few weeks down in Mexico with her friends and boyfriend Anwar Hadid, Dua Lipa is perched up on a balcony showing off the tan she has been working on!

Dua has had a wild year after releasing her album Future Nostalgia and basically doing a different performance every week to promote the album. She also put out a pay-per-view event called Studio 2054 which sold out and seemed to have been a fun event, I didn't buy a ticket so I can't do a full review...

However I do still have some Dua tea to spill; apparently the singer will be releasing a "moonlight" edition to her Future Nostalgia album which will include all the collaborations she's done with other artists this year, including some collabs that were leaked throughout the year.

Dua joined Jimmy Kimmel on his tv show last night to talk about pregnancy rumours, the ones she accidentally started herself with her recent Instagram post, grammy nominations and about her being superstitious. Here is the interview: 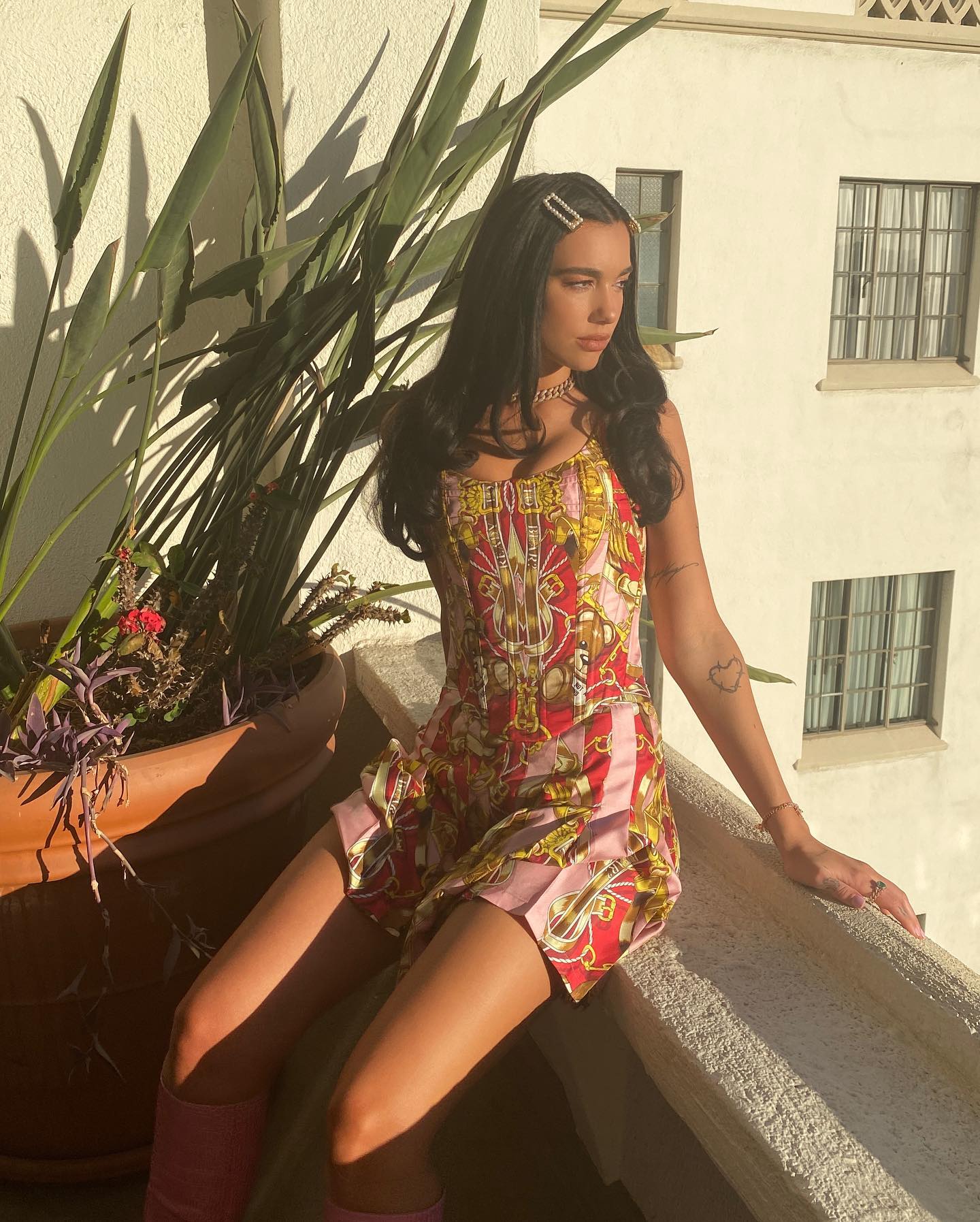 Nina Dobrev Goes From Dior to A Hazmat Suit!