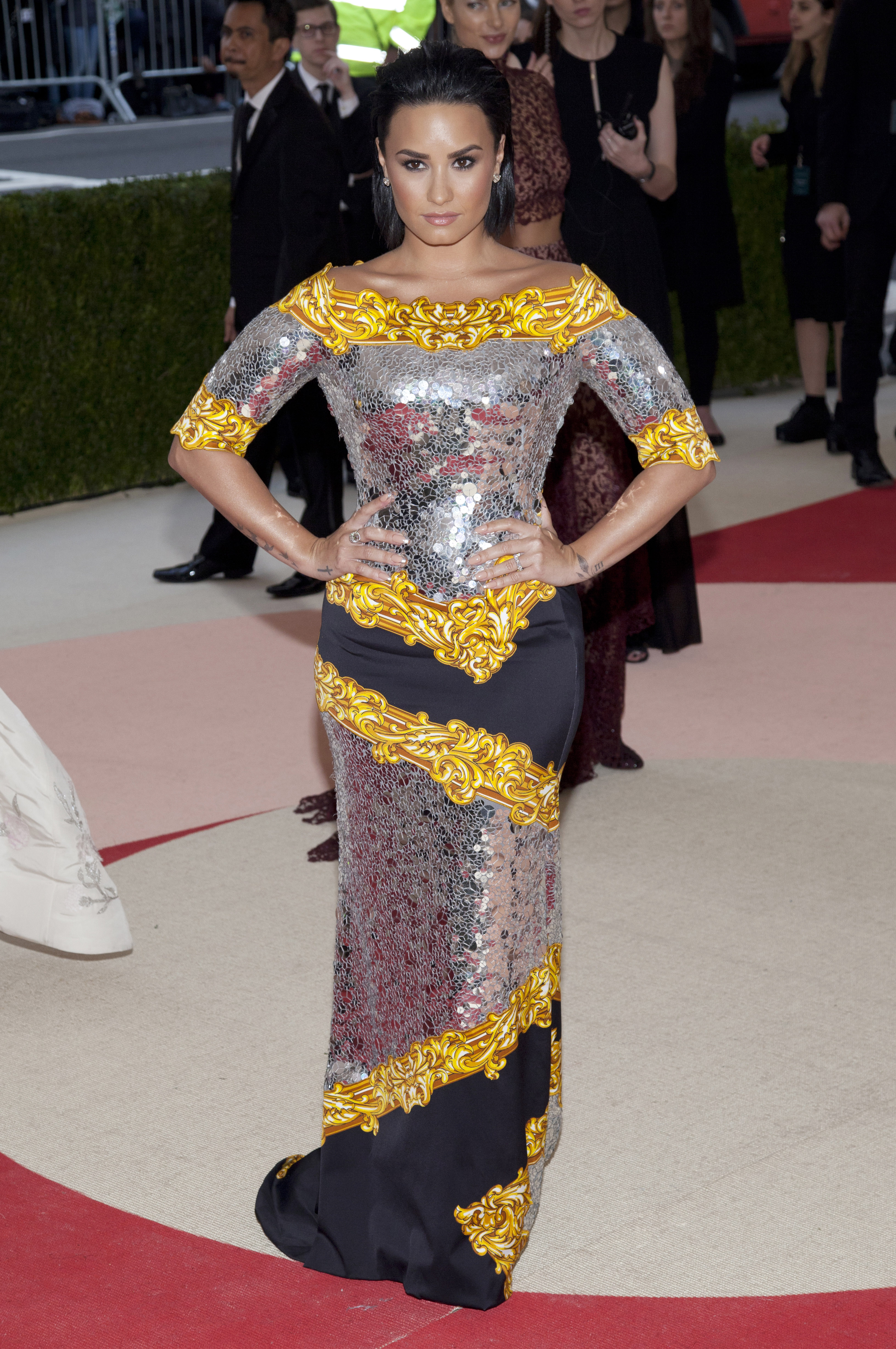 In addition to being a National Geographic centerfold in an article about buffalo migration and being fluid AF, Demi Lovato is also an alcoholic, and don't you forget it. This is the face of adversity and bravery, and in the new issue of Billboard, Lovato paints a picture of herself running away from the 2016 Met Gala before the stroke of midnight right into an AA meeting. Like in the movies. The culprit of this almost booze and/or cocaine relapse that she needed to escape from was some "complete bitch" in attendance at the event, who apparently wouldn't leave Lovato alone. We can read between the lines. Amy Schumer. Here's what Lovato had to say about the fateful evening:

I had a terrible experience. This one celebrity was a complete bitch and was miserable to be around. It was very cliquey. I remember being so uncomfortable that I wanted to drink…I changed my clothes, but I still had my diamonds on — millions of dollars of diamonds on in an AA meeting. And I related more to the homeless people in that meeting who struggled with the same struggles that I deal with than the people at the Met Gala — fake and sucking the fashion industry’s d–k.

Don't you dare make me like you Demi. This rage against celebrity douchebags seems to come from a real place, and if this means that one of the celebrities I write about has a pulse, I'm going to have to have a real come to Jesus. The idea of Lovato flashing millions of dollars of jewelry in front of people who use their pants as toilets is a little non-sequitur, but overall this Demi is a win for me. Although for us to really like her she's going to need to name names. Or maybe not since we already know. Amy Schumer.