Bella Thorne is a Ghost!

Bella Thorne finally released her new music video to her song called Phantom which has been said (by her friends) to be "like an A24 movie". The song is about having an overbearing and jealous boyfriend who Bella gets sick of and ghosts.

The boyfriend is played by an alien like creature in the video and has Bella jumping into a Rolls Royce with a bunch of ghosts before ending up at a party where the alien ex-boyfriend shows up. See some highlights from the video in the gallery and watch the full video below! 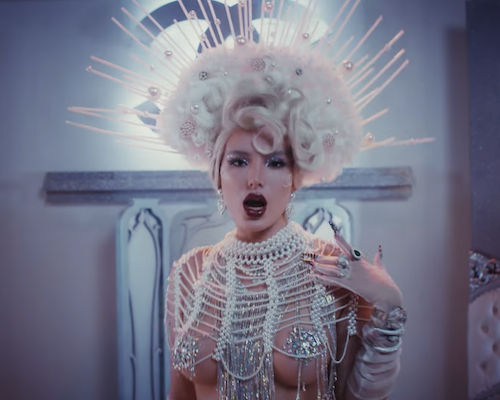 Hailey Baldwin Bieber Gets Love From Her Husband!