Iconic celebrity and fashion photographer Ellen Von Unwerth has been working on a project called Ellen Von Unwerth's VON and so far has completed 3 issues, the first featuring actress Cate Blanchett, the second was the epic Miley issue and the third was called the special fight issue and has Stella Maxwell gracing the cover.

The next issue will be about Music and features out girl Bebe Rexha wearing that new pink wig of hers and a glittery lingerie set. She tops the look off wearing a pair of bunny ears and we can assume she came out of the big giant birthday cake behind her! 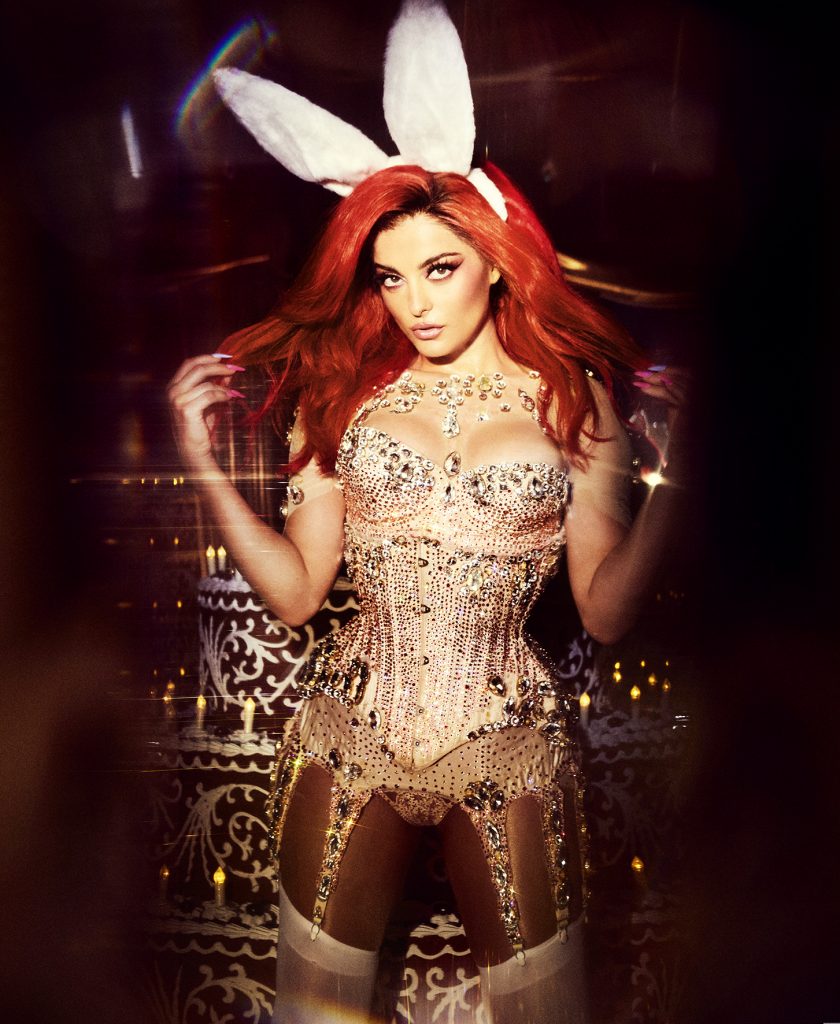