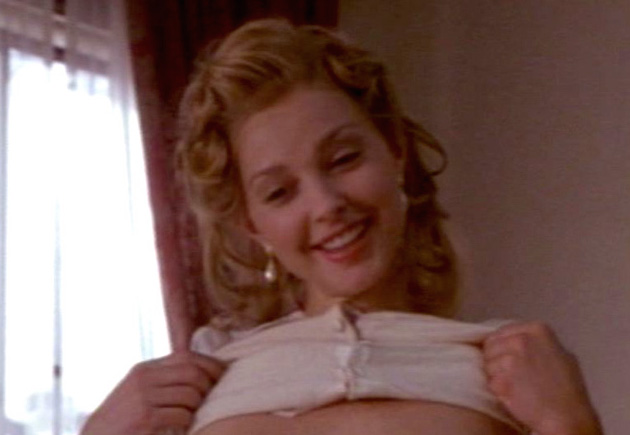 It's time to look inside your hearts and your wallets, because everyone's favorite Restylane Gusher's Fruit Snack Ashley Judd has come out as poor. Or at least poor enough to want to sue Harvey Weinstein for wage loss stemming from not sucking his ding dong in hotel rooms. While literally everyone else was doing it - with Gwyneth Paltrow's twat practically on speed dial ALLEGEDLY - Judd somehow thought that she could thwart the super producer's advances and still make it big in Hollywood with meh looks and no talent. Someone didn't read the ingénue handbook.

My legal complaint. I am suing for economic remedy due to damage done to my career as a result of sexual harassment. Financial recuperation goes to @TIMESUPNOW @TIMESUPLDF so that American workers who experince sexual harassment & retaliation have help. https://t.co/Nod3fXgVk3

Judd states that she is suing Weinstein for slandering her name in the industry, and that the suit is an "economic remedy." But wait there's a twist. Even though Judd, worth over $20 million, is obviously in serious need of some green, she'll be donating anything she gets out of the suit to Time's Up charities. I mean wow. The sacrifice. In addition to her tweet, Judd states:

Mr. Weinstein’s abusive conduct toward others has caused no end of damage to aspiring actors and others in the film and entertainment industry. As my experience and the experience of others shows, even a few false statements from Mr. Weinstein could destroy potentially career-changing professional opportunities. It’s time that Mr. Weinstein be held accountable for that conduct and for the ways in which he’s damaged careers.

Yes Ashley, the "entertainment industry." With the prerequisite that those involved are entertaining. And you, dear, are not. Unless you have your tits out. Which I think is what Weinstein was getting at all along. Unlike Gwyneth Paltrow, Weinstein is not taking this lying down, and released the statement through his henchmen:

The most basic investigation of the facts will reveal that Mr. Weinstein neither defamed Ms. Judd nor ever interfered with Ms. Judd’s career, and instead not only championed her work but also repeatedly approved her casting for two of his movies over the next decade. he actual facts will show that Mr. Weinstein was widely known for having fought for Ms. Judd as his first choice for the lead role in Good Will Hunting and, in fact, arranged for Ms. Judd to fly to New York to be considered for the role. Thereafter, Ms. Judd was hired for not one, but two of Mr. Weinstein’s movies, Frida in 2002 and Crossing Over with Harrison Ford in 2009. We look forward to a vigorous defense of these claims.

It sucks to be a fat pig who has to leverage hotel fucking with movie roles, and it sucks to be an actress who nobody likes. I find both parties guilty of sucking. Something Judd should have probably done more of. What Would Gwyneth Paltrow Do.