Ariel Winter has something like 10 dogs, so she’s pretty much living my dream life, except I would never go blonde like that. Yesterday was National Dog Day, so all the celebs were out on social media sharing the love they have for their pups, Ariel took part in this but had to work with a little slide show because she’s just got so many dogs. I haven’t been keeping up with her adoptions but I do know she has a fluffy white Samoyed named Casper, a black frenchie named Rocco, a German Shepherd named Chloe and an Aussie shepherd called Cash. 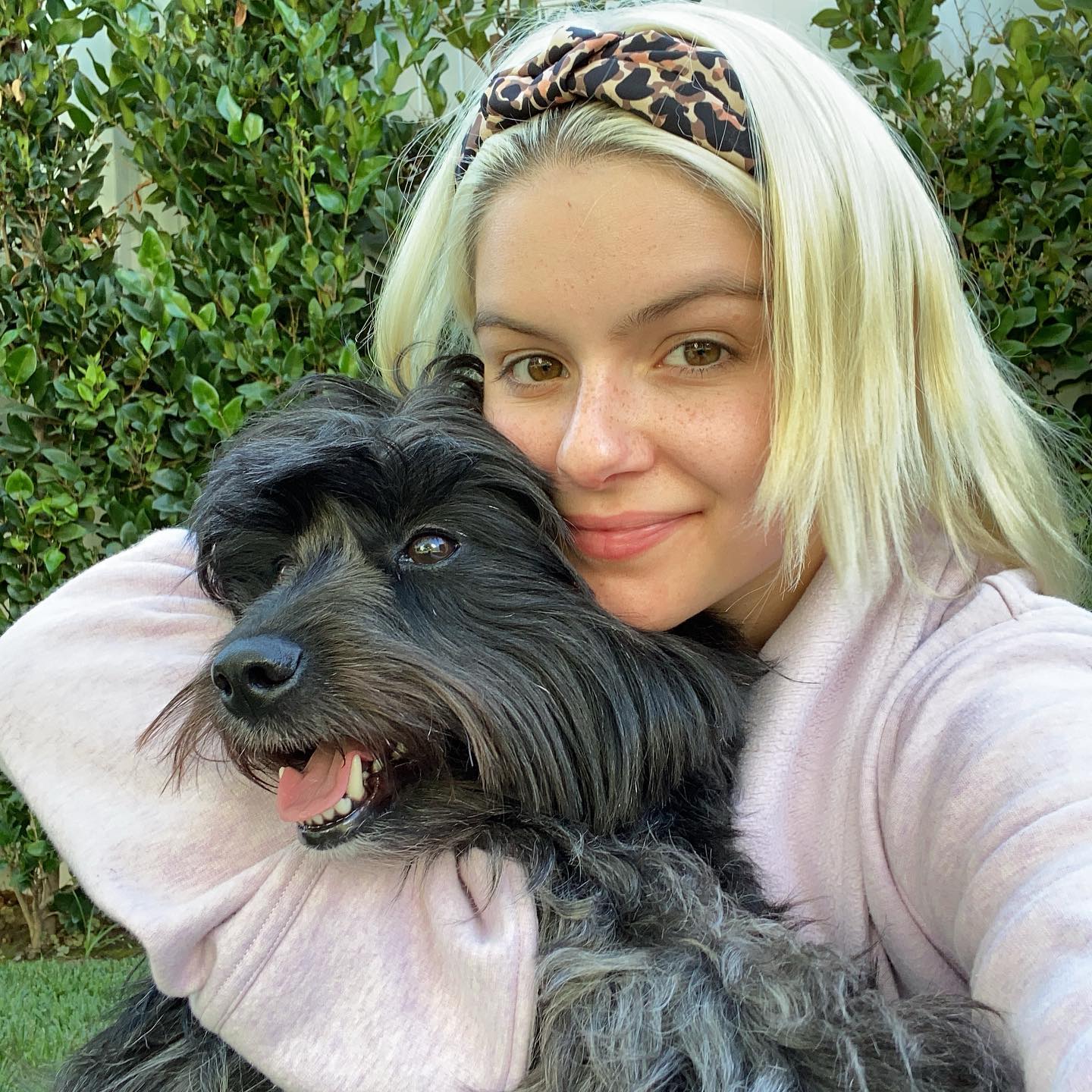