24 year old Disney actress Zendaya is the youngest person to win an Emmy award for Best Actress which she has been praised for, but at the same time she's getting criticized for her age difference to actor John David Washington in her new quarantine movie Malcom and Marie. The film was written by Euphoria writer Sam Levinson with Zendaya and John David splitting ownership of the movie with him. It's also now streaming on Netflix if you haven't seen it.

Zendaya spoke to the New York Times about recent criticism the film has received over the white writer writing about black characters as well as the age difference she shares with her costar. See the risky business inspired photoshoot with the actress in the gallery!

"Some people have grown up with me, they see me on Disney Channel, I’m like their little sister or their best friend. And I’m grateful for that. I’m Marie’s age, and I think that dynamic, their age difference, is part of their story: She met him when she was in recovery [at] 20 years old. She never really loved anyone or thought someone loved her the way he did. And that plays into her frustrations" 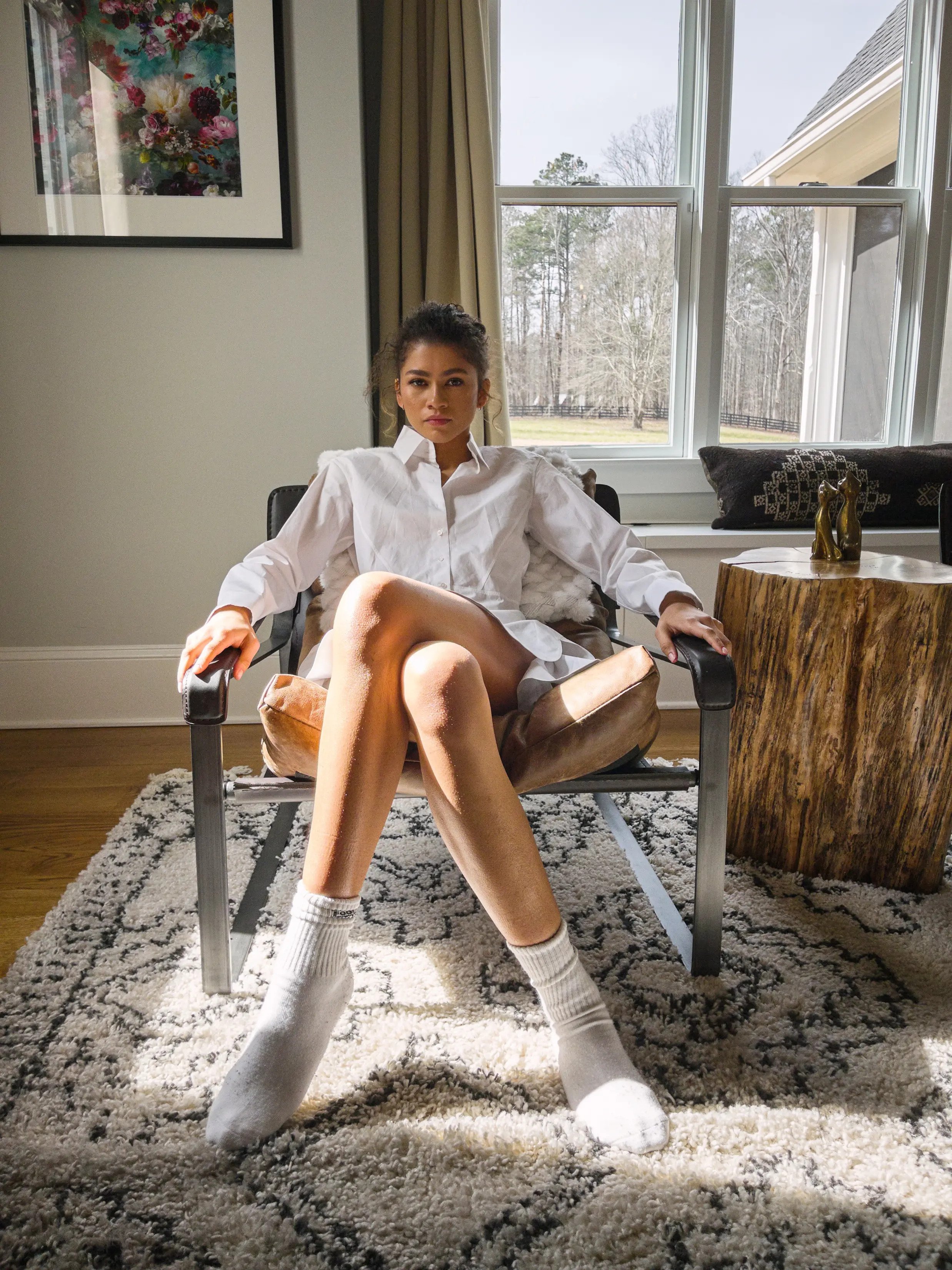