You probably have no idea who Vanessa Morgan is, but if you watch Riverdale you know her well because she’s the one in a lesbian relationship with Madelaine Petsch’s character Cheryl Blossom. Vanessa’s character in the show is a girl named Toni Topaz who’s main responsibility is making out with Cheryl, so if you’ve watched the show you have definitely noticed her.

In real life she’s a 28 year old from Canada who got her start on a show called My Babbysitter’s a Vampire before making her way onto Degrassi: The Next Generation like Drake and now to Riverdale - a HUGE show, as bad as it is. Anyway this summer she married a pro baseball player named Michael Kopech who plays for the White Socks. They got together, got married, got pregnant and right when she announced her pregnancy on the gram Michael filed for divorce.

Before announcing the divorce, Michael had opted out of the shortened season but did not publicly say why, more on that HERE.

Here are some pre pregnancy pics of the now single Vanessa! 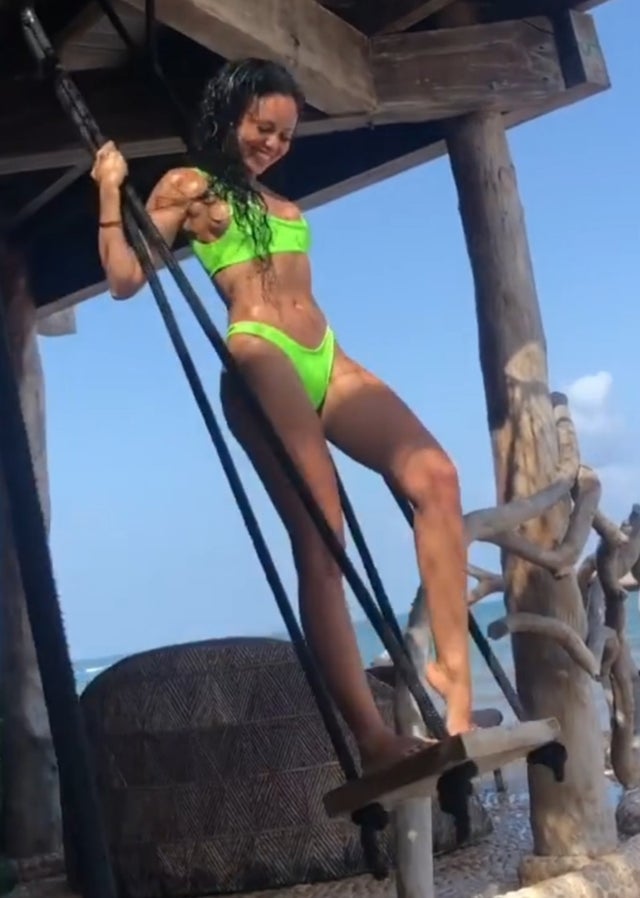