Vanessa Hudgens is still getting in her Halloween spooky spirits and this weekend she played around with a new look that included a heavy smokey eye and a new headpiece. The High School Musical star said the look was inspired by the 1972 Liza Minelli film Cabaret.

When Vanessa gets into the Halloween spirit she really goes all out, she even had her manicure done with what looks like bondage straps painted or glued on around the nails, it's very on trend but sadly the actress broke two nails off while being wild and spooky. Vanessa is so influential, the manicure post already has over 200,000 likes and Mr.Horror himself, Eli Roth even smashed that like button! 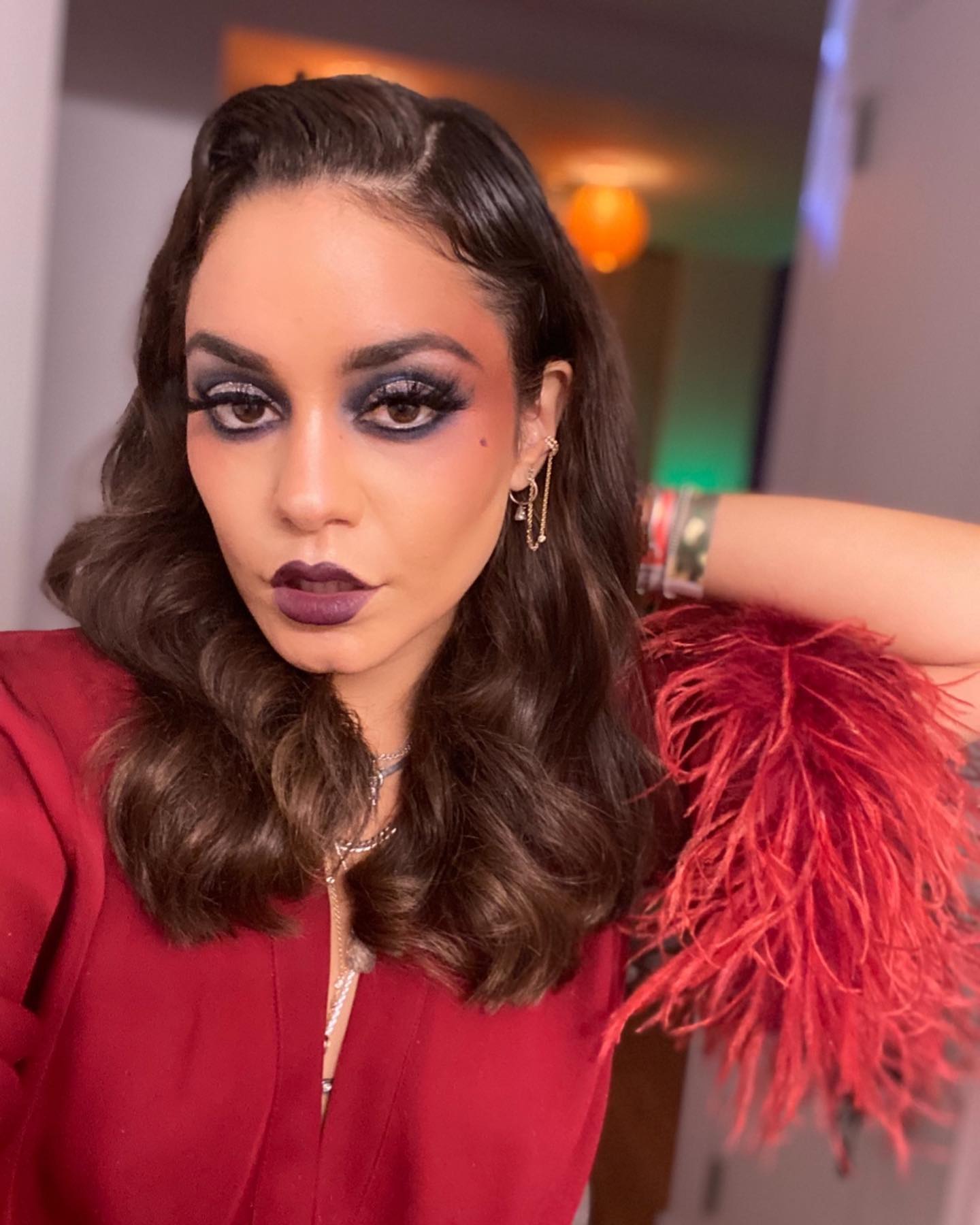