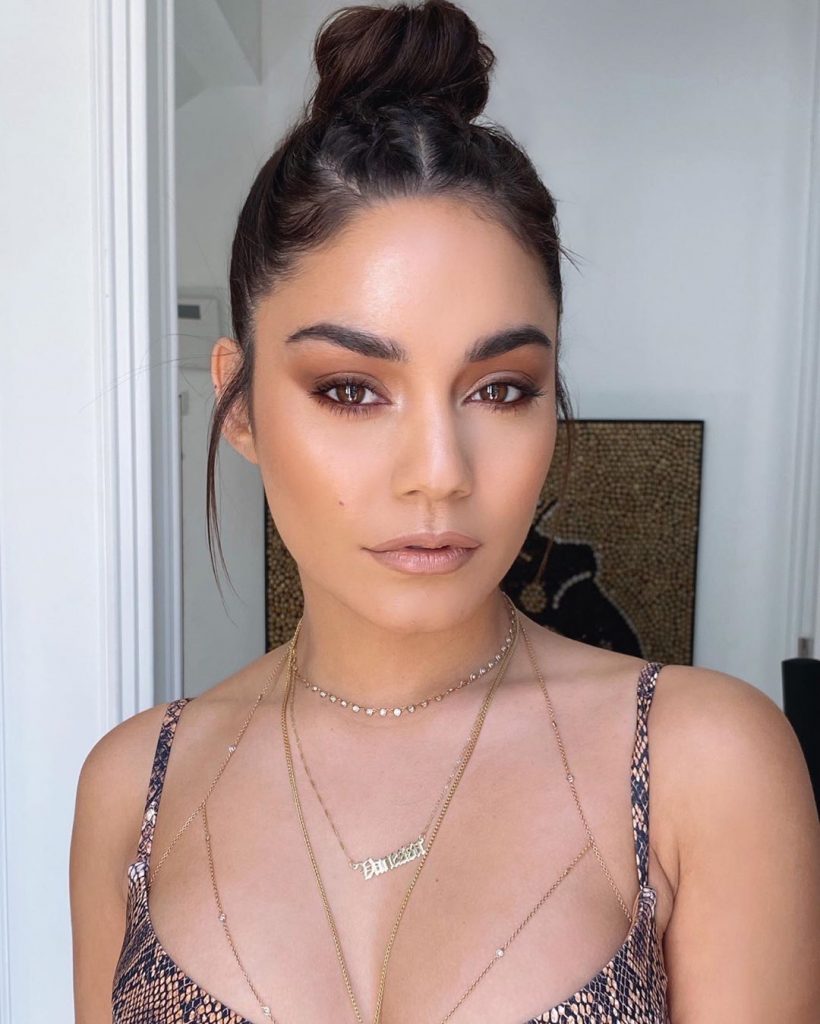 Vanessa Hudgens posted this picture of herself and she cropped the best part out! If this isn't a scandal causing protest and CHANGE.ORG petitions. I don't know what is wrong with the world we live in. Cropping out the best part is traumatic. I'm triggered!!!

Vanessa Hudgens, known as the hot High School Musical cast member who was involved in a leaked nude scandal before it was trendy. A starlet that we've been fans of her forever, who has recently been going through a break-up, reminded us last night that she was in Spring Breakers, at her hottested in Spring Breakers, because she posted clips to her IG Story or Spring Breakers. I guess she's reminiscing the younger and hotter years. A simpler and hotter time.

In other news, Vanessa Hudgens ain't afraid of no flu, at least according to her instagram thanks to her hospital mask, which you could argue is evidence she is afraid of no flu. If she was genuinely not afraid of a flu, she'd be licking door handles and shaking hands with people, not washing her hands and touching ALL her mucus membranes. I'd say where a mask is being afraid of the FLU and by flu we can assume she means Corona Virus, but is too scared to offend China, knowing they are they biggest market for her movies. 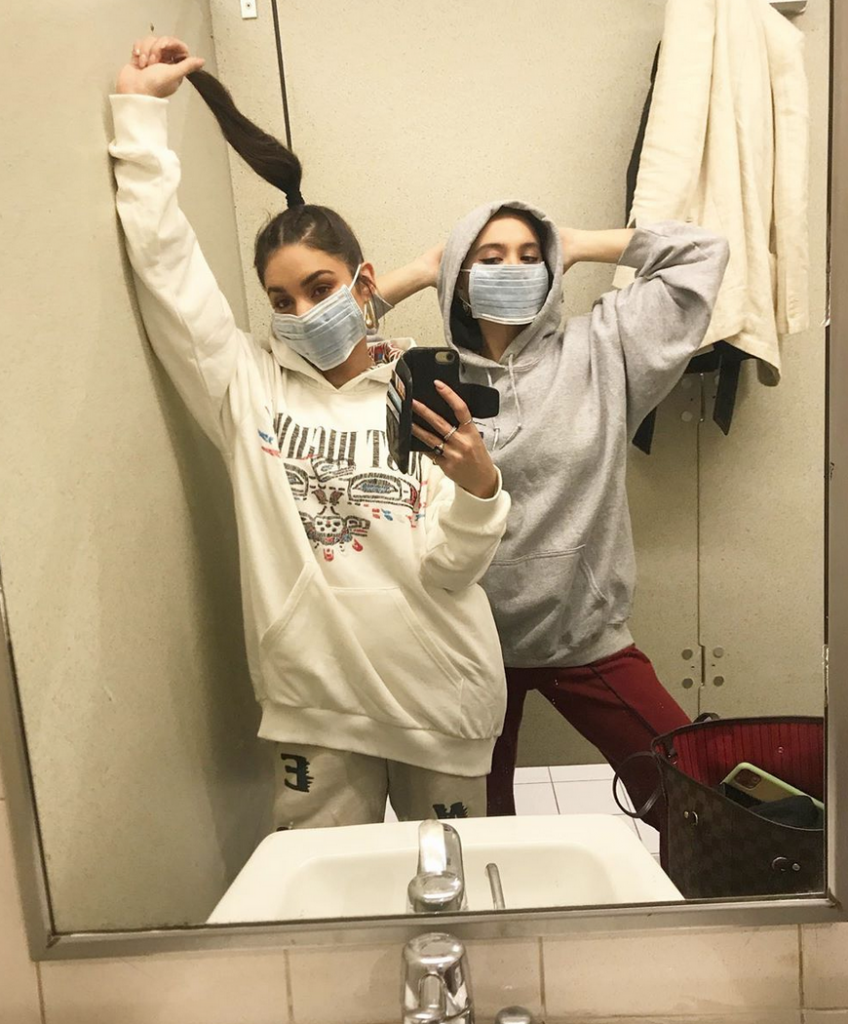 Bella Hadid Plays With Her Reflection!