Thanks to all the Lili Reinhart diehard fans that dragged me on Twitter this weekend, I can’t even write this post about Tinashe for Gay Times where she talks about her bisexuality, because I am triggered. I was attacked by the Lili Mob because I said something about Lili always talking about her bisexuality in every interview being annoying to me, because I feel like we don’t need to know what she labels herself as.

And if we do need to know, then I would just rather see her reveal this through some good ol girl on girl PDA. I wasn’t asking her to PROVE IT! Is that really not ok to say in 2020? Is this a bad time for me to come out as a bisexual girl?

Here is Tinashe for Gay Times, brining the car wash vibes getting wet and wild while talking about not wanting to LABEL her sexuality, but then also calling herself bisexual. Again, I’m triggered so here is what she had to say:

“It’s not that I don’t like putting a label on it, but when you say you’re bisexual, a lot of people think… they just have a lack of understanding about what it is. And I tend to shy away from terms – I guess this is the theme of my life! – that make people want to categorize me or put me in a box.

I don’t like that shit. But – but – I can still give you a general sense of yeah, I’m bisexual. I’m somewhere on the spectrum. You know?” 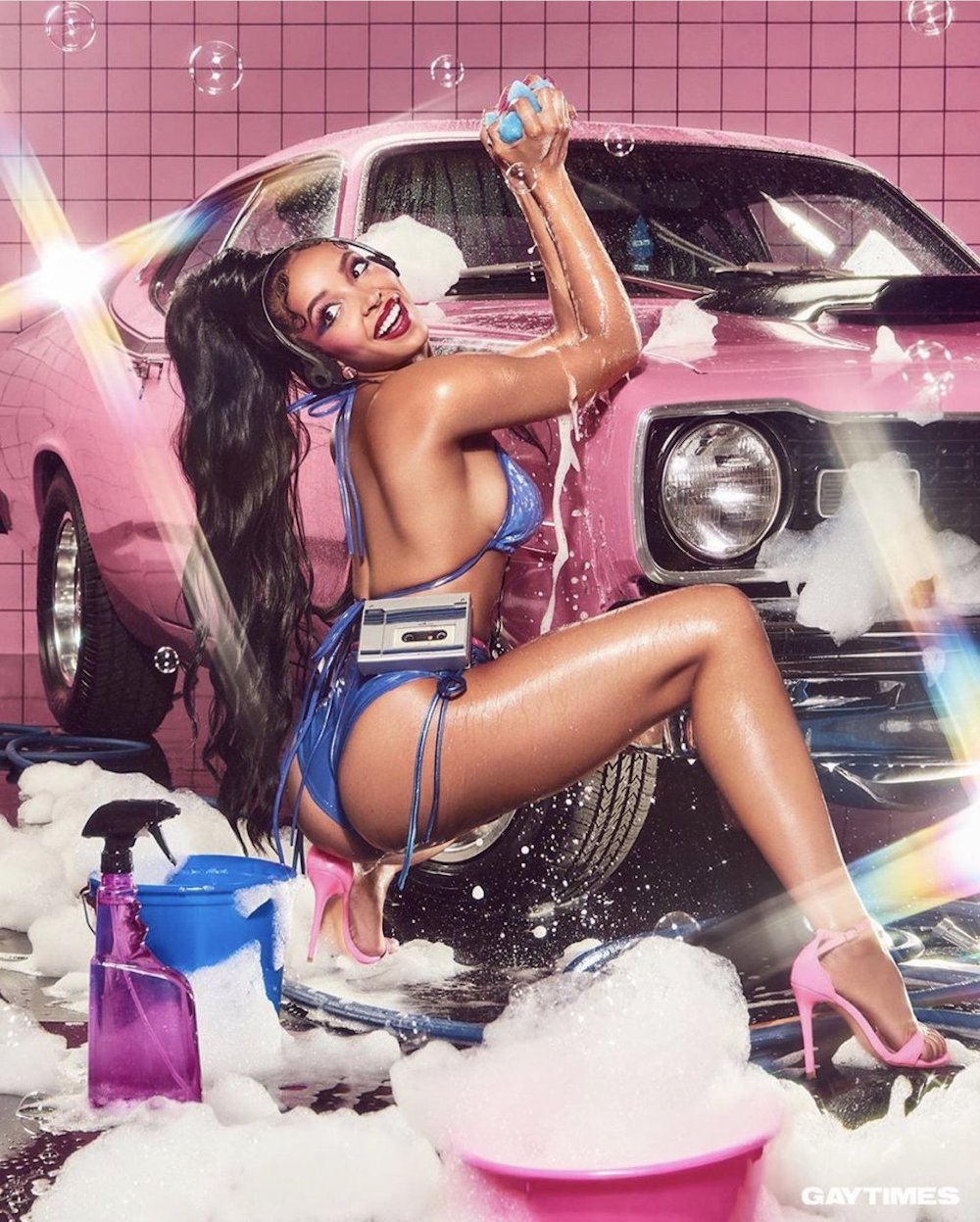