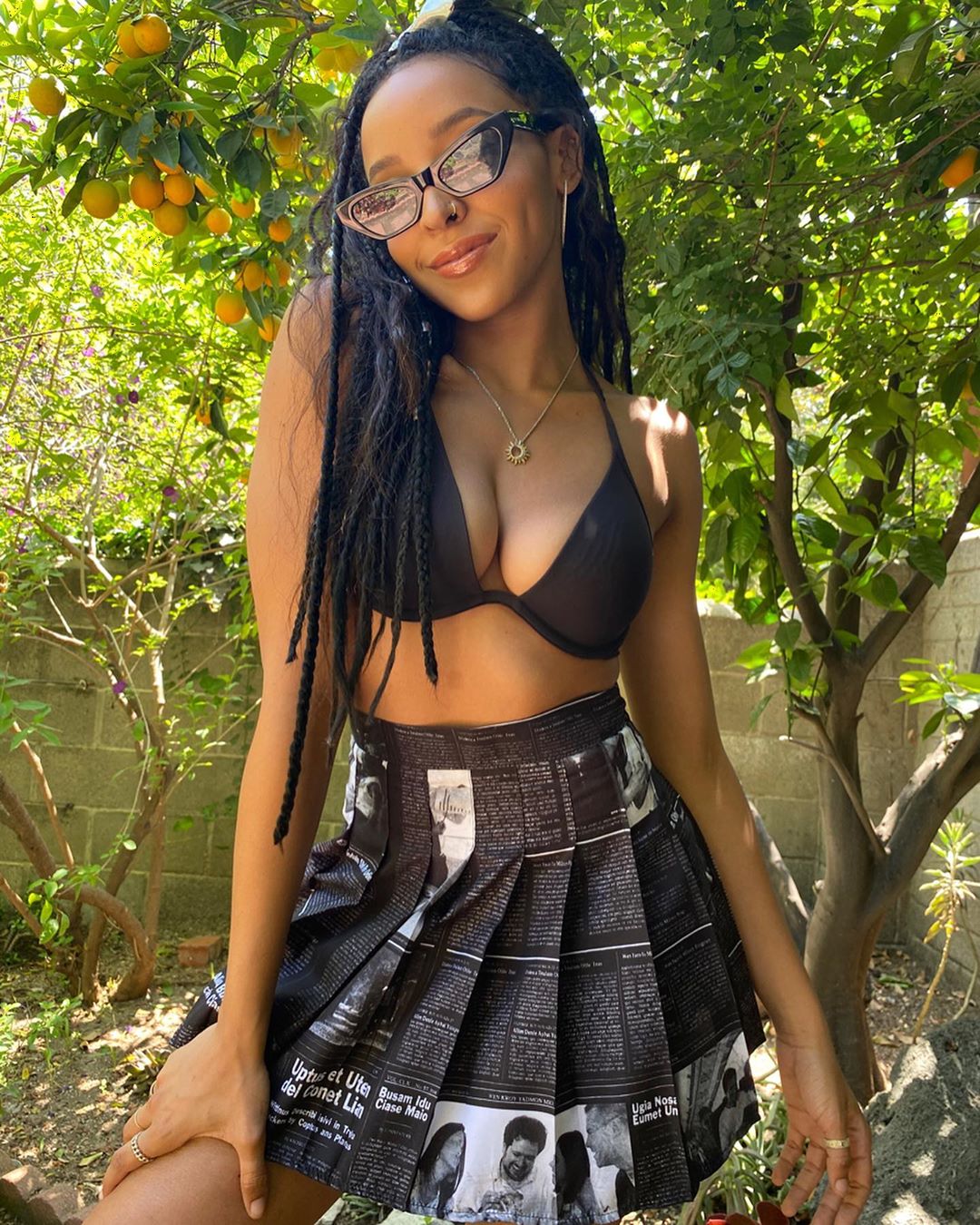 Tinashe is a 27 year old who's name means "We Have God" in some language. She was a child actor who was in in all kids of things including some child band created by Vitamin C, not the Vitamin, the singer of that Graduation song. They were the opening act of some Justin Bieber Tour many many years ago.

She has spent the majority of her career making music, which may be weird to those of you who have never heard of her, but she is famous! We are just out of the loop, but social media pics have a funny way of getting us back into the loop.

We are just simple minded people who see a bikini and all other brain functions turn off.

In Tinashe news, which may not be as exciting as seeing her selfies, she was just sued by a music producer for stealing his work. A little copyright infringement suit makes a bathing suit all the hotter!

Isabella Fonte Takes us To The Candy Shop!