Sydney Sweeney has been one of the busiest actresses during this pandemic and between the release of her new movie Nocturne and being on the cover of magazines she found time to jet off to Hawaii to film a new project for HBO called The White Lotus.

The six-episode series is set on a tropical resort and the crew are currently filming at the Four Seasons Wailea on Maui. The film also stars the iconic Jennifer Coolidge and Alexandra Daddario who has been posting topless photos from her hotel balcony after a snorkel session. It looks like Sydney is making the most of her time on the island in between filming and found a fun rope swing to hang off of in a black bikini today! Do we think Daddario took the pic? 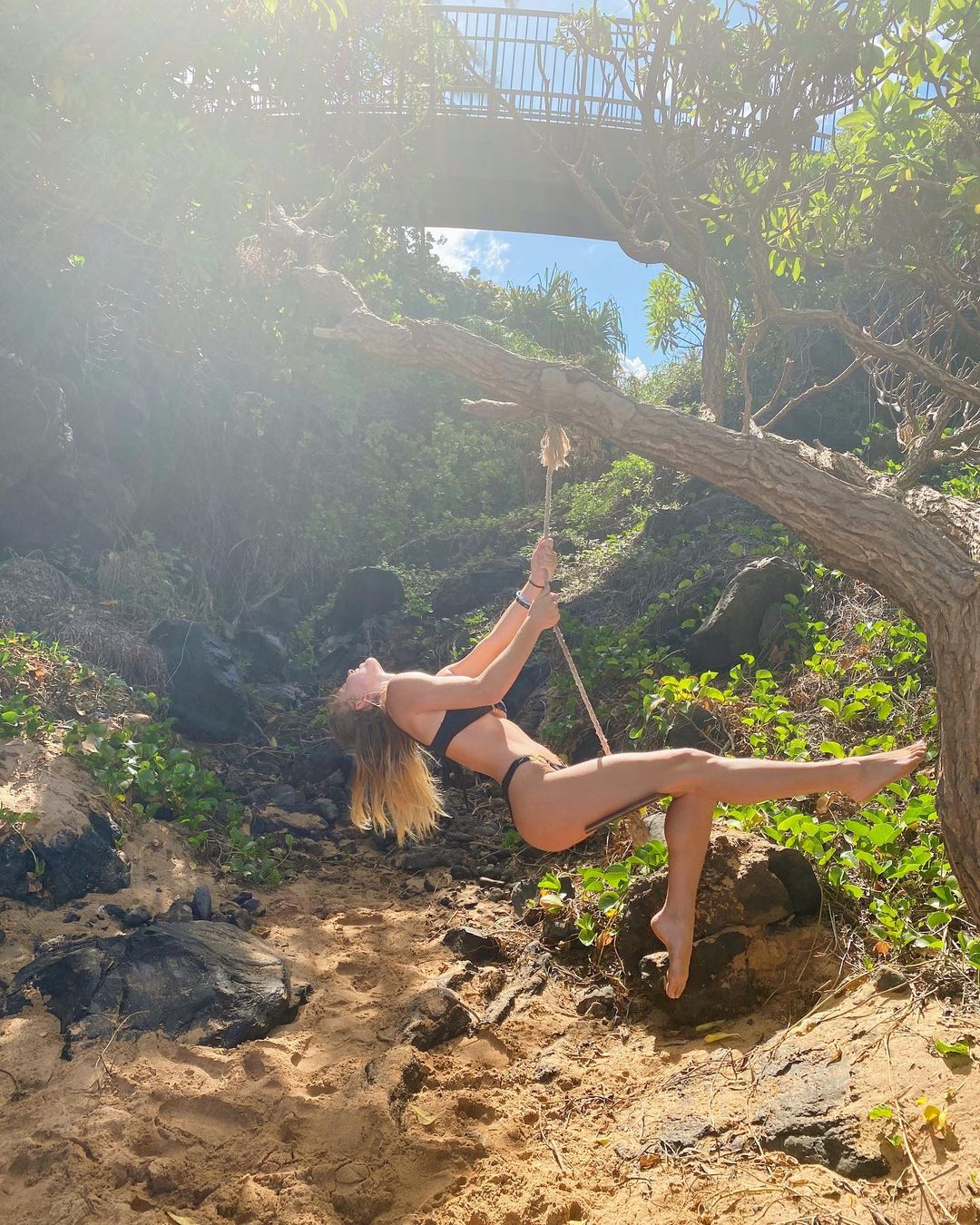