Sarah Hyland Nip Slip If You Give A Crap 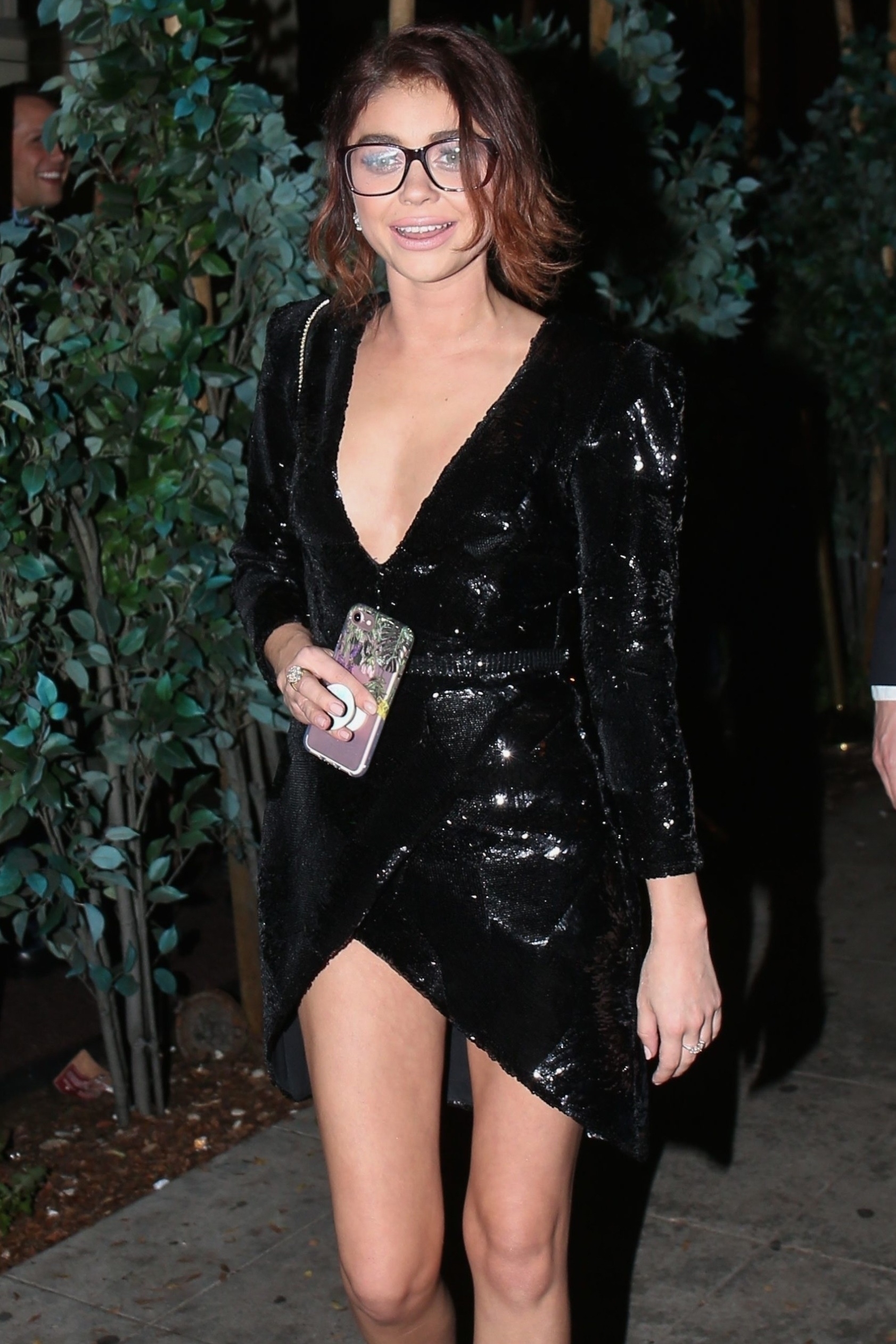 Sarah Hyland is starting to look completely insane from definitely not getting ill-advised plastic surgery, but at least she still has the wherewithal to pull stunts like flashing her tits in public. Last night Hyland hit up Delilah - one of those celebrity-focused Los Angeles restaurants with a chef's tasting menu comprised of laxatives and sugar-free gum - and while strolling past the hordes of paparazzi in a dress from the "Exposed Nipple" collection from Forever 21, flashed her off-white nip. I disagree with Backgrid's caption "Sarah Hyland shows some more skin than she intended to," because I think if she didn't get her tit photographed she would have sued the dress manufacturer.

The Modern Family actress has a strong h8er slamming history, and when she's not slamming them for saying that she pitched in for the Jenndashian plastic surgery Groupon deal, she's slamming them for slamming her for being a whore. I would say that Hyland would slam people for covering these pics of her tits, but as of right now we seem to be the only site on the Internet that cares. And just barely at that. I almost feel like I'm deserving of a thank you letter from Hyland. Considering Modern Family has announced an end date and Hyland's IMDB is as anemic as her blood cells, we'll most likely be seeing plenty more of her tits in the future. If you give a crap.

Kristin Cavallari Jokes in a Bikini!