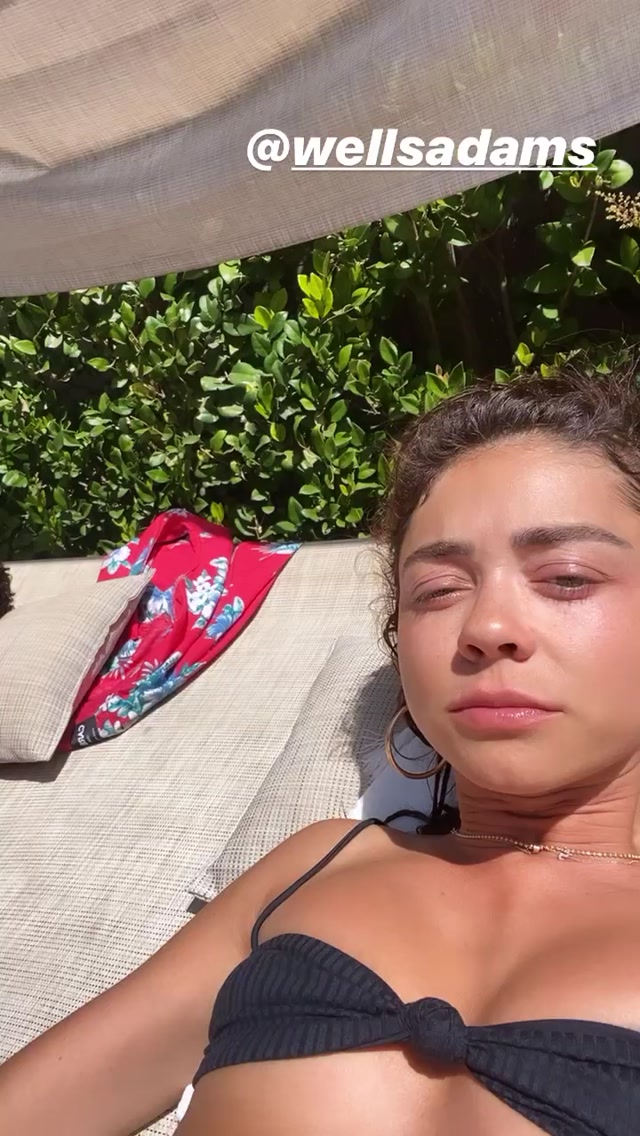 I personally don't find Sarah Hyland to be an object of sex appeal, but that doesn't mean you don't.

I have never seen an episode of Modern Family, besides on the plane, where it seems EVERYONE watches Modern Family and I can't avoid all those little back of chair screens looking back at me with Sofia Vergara, Ariel Winter and this one. To me it is what nightmares are made of, some type of Twilight Zone weirdness where everywhere you look, you see an ABC sitcom scene.

I also don't think Sarah Hyland being provocative in her bathing suit needs to be sexualized. This isn't about sex appeal. This is about chilling by the pool casual, in a "this is just what I wear". Just chilling in by her pool innocently, taking casual selfies, that were probably multiple selfies, choosing the best one to put up to show off just how skimpy a bikini top she can fit into thanks to her build.

Sarah Hyland has had a double kidney transplant, so she does have a compromised immune system, so here's wishing she stays safe and while staying safe, she should feel free to post more content like this, because even if I don't think it's jaw dropping awesome, it's still the kind of content we need in these times.

She's just doing her part to keep spirits high the best way possible, I mean besides giving everyone of her fans some of her Sitcom Money!

She's made $100k per episode, 20 episodes a season, is 2 million a year, times 10, which is 20 million in total, plus any brand deals or other deals she's made on the side after taxes she's got at least 10 million, and who knows maybe she's made some solid investments, threw some money at UBER or some other start ups like she was Ashton Kutcher, in which case, she may have much more than that. I guess that's not enough to have any real impact on her fans, so stick to the bikini!

This is her recent Cosmo shoot: