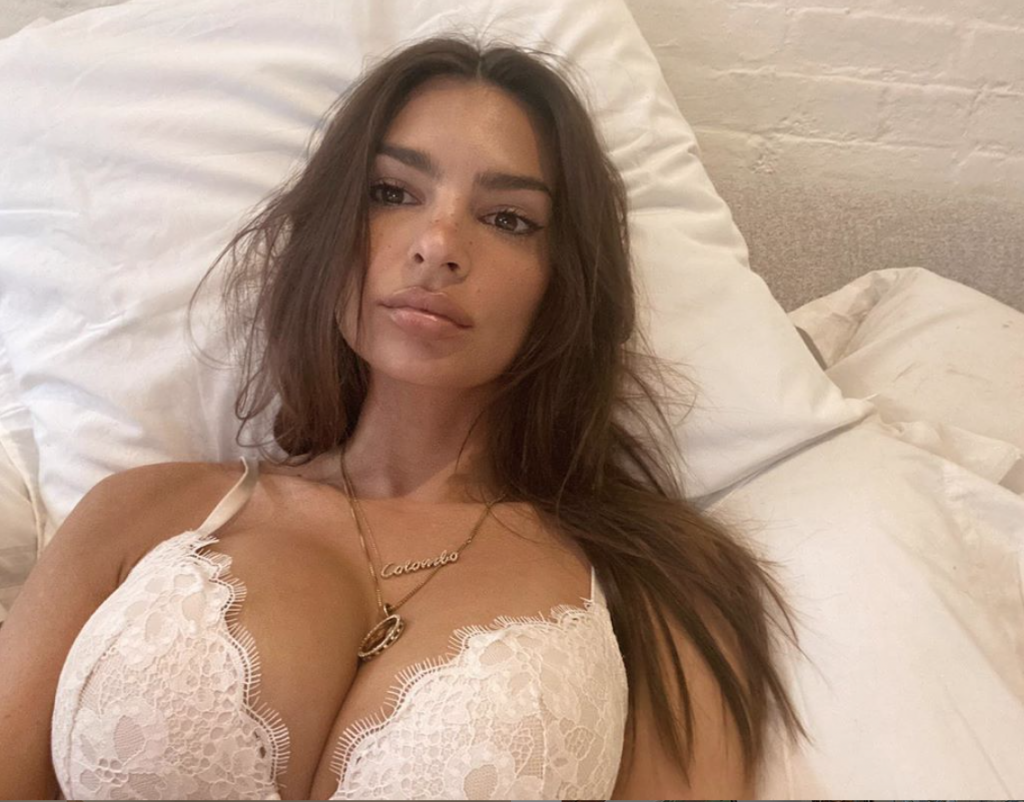 Four days ago, Rat Cow took time from her busy schedule of being an "influencer" or an instagram model, to post up an attention seeking, awkward looking, titty pic.

She makes far too much money than she deserves, and I guess this is to remind the fans what they are there for, as she goes of course sometimes promoting her "personal brand" of clothing no one should buy, but probably buy, making her even more money being nothing more than a set of tits in a music video.

I guess she has fans, or people who believe that she's hot, even though she always looks medicated, angry and boring. Those fans could be fake fans since everything on instagram is a lie, but that doesn't negatively impact her ego or the fact that she's gamed everyone into thinking she's important despite being a set of tits.

I don't think she's got a great face, I don't think she deserves the hype, she looks like a muppet and not in a good way, and that was even before the face injections they all have. She's a solid case of the tits will override that and here they are looking MAD silly in a bra.