Big Meg fan over here, I've really only become a fan of hers recently after actually listening to her Cypher freestyle and some of her viral TikTok songs, plus she's been putting out a lot of fun videos on Instagram and YouTube and I get good vibes from her. So were stoked to see Megan The Stallion bringing some more GOOD NEWS this week with the drop of her new album of the same name. The track list just dropped and it features artists like Da Baby and Beyonce.

The first track on the upcoming album is called Shots Fired, which is fitting considering Meg has been exposing the rapper who shot her twice in the feet this summer. To get some hype going around the drop, as if she needed it, Megan posed behind some newspaper to give us tat Hot Girl goodness we love. Oh she was also named Rapper of the Year by GQ so here are some photos from that too. Meg is on fire, the album drops this friday. 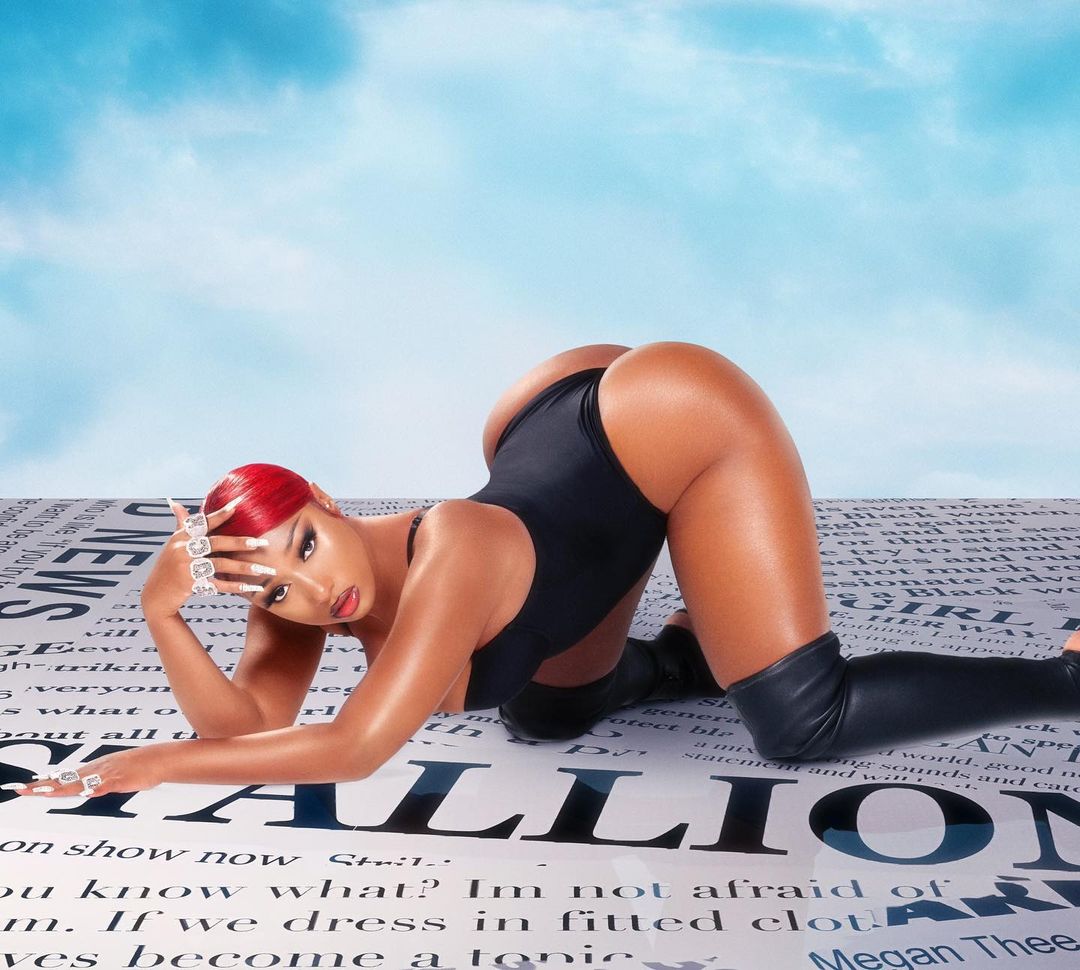