Lucy Hale first entered my life with Pretty Little Liars, a show I have never watched however it was a huge hit and put her on the media's radar. It was around the same time instagram was starting, so in a lot of ways the cast were the first Instagram / Hybrid actors so unlike many other actors who may be more high profile, she's got 25 million followers. That is pretty huge.

She was born in Memphis, her mother is a RN, support the FRONTLINE WORKERS. Shout outs! Not that her mom is still a nurse, but it felt right to say. She started off in Hollywood at 15 since Pretty Little Liars has been the lead in at least 2 other CW shows.

She is currently on the show Katy Keene, which is a Spinoff of Riverdale, which is a terribly written show I've seen far too many episodes of. The first season was ok, but where they went with it makes no sense.

I have not seen Katy Keene, but based on my Riverdale experience, it is probably safe to assume it sucks, but what doesn't suck is Lucy Hale's side profile from the show. I mean do you see that booty! Crazy.

How about a selfie: 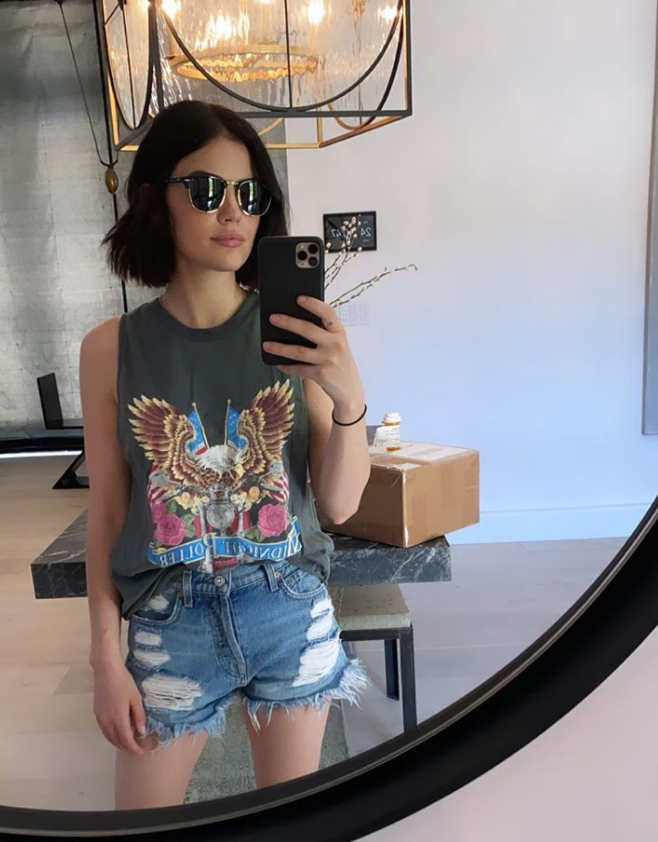