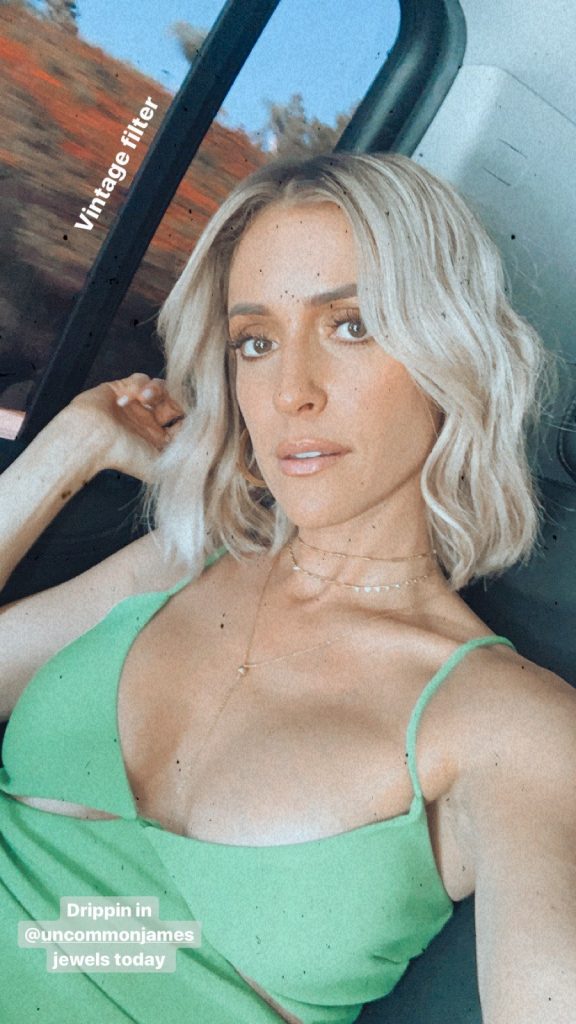 I know this because I was doing a quick google search to give you the hard hitting GOOGLE NEWS results so I know what she's up to.

When really she's just trying to remind us that she exists with a massive cleavage pic promoting her clothing brand in a pervy way. Sex sells. Don't we know it. I bet you'd by a bunch of her "dripping" panties if you could and not even because you're a Kristin Cavallari fan, but because you are you.

Best known for the LAGUNA BEACH show and not participating in The Hills show, because she felt she was better than that, only to return to it in the final season, a story of being embarrassing and pathetic, but also married to a pro athlete with all that athlete money so she doesn't need your approval.

She MAY be on E! show with her husband, Jay Cutler the NFL player called Very Cavallaris - which I didn't know existed, but that has two seasons, because who watches E!? Kardashian fans, that's who, more reason to boycott that network.

All this to say, good titty.

J.Lo Gets Towed and Other Fine Things!

Blair O’Neal Gets in a Workout at Home!