Slam alert. Apparently common consensus for a while has been that Kendall Jenner sports a topographical map of the Alps on her face, and all of the highs and lows and twists and turns were visible during her appearance on this weekend's Golden Globes red carpet. She was in attendance at the awards show because she's so good at acting. Like a whore. Jenner even acknowledged her bacterial mountain range back in 2015 when she stated:

It completely ruined my self-esteem. I wouldn't even look at people when I talked to them. I felt like such an outcast; when I spoke, it was with my hand covering my face. Sure, I had crushes in high school, but I wouldn't even think about looking at guys.

Unless they ponied up my $10 base price. I wasn't aware that Jenner was grappling with such serious issues, but these pics from the Golden Globes are certainly a wakeup call. She looks like shit. Since the Jenndashians pose an affront to God and nature and science by rearranging their bodies like balloon animals on the daily, I'm a little shocked that modern medicine and amoral Tijuana plastic surgeons don't possess some cure to rid Jenner of her horrifying scary stage 12 acne. If nothing else can't they just laser off her face?

During the Globes, Twitter users took pleasure in knowing that a person who makes millions of dollars by catfishing douchebags onto deserted islands in the Bahamas has some sort of Achilles Heel. After some users just stated that facts - that Kendall's face is a Petree dish - a sunny-side-up user declared that Jenner's acne is actually a win for ugly people everywhere, to which Kendall replied "never let that shit stop you!" This is being hailed by the fake news as a SLAM to the h8ers and as an aspiring takeaway for young women everywhere. See girls, just be related to a porn star, weigh one hundred pounds, be a millionaire, and have four dots on your face, and you too can be a body positivity icon for the ages. God I hate the Internet. Check out the exchange below while I start a Go Fund Me campaign to get this girl a bar of soap. 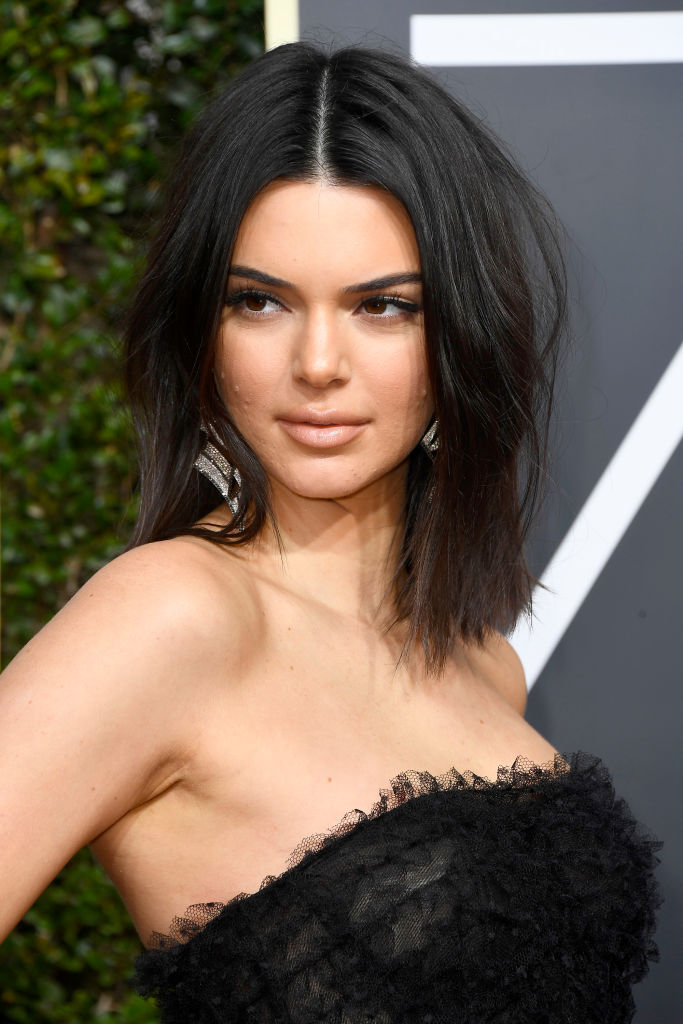