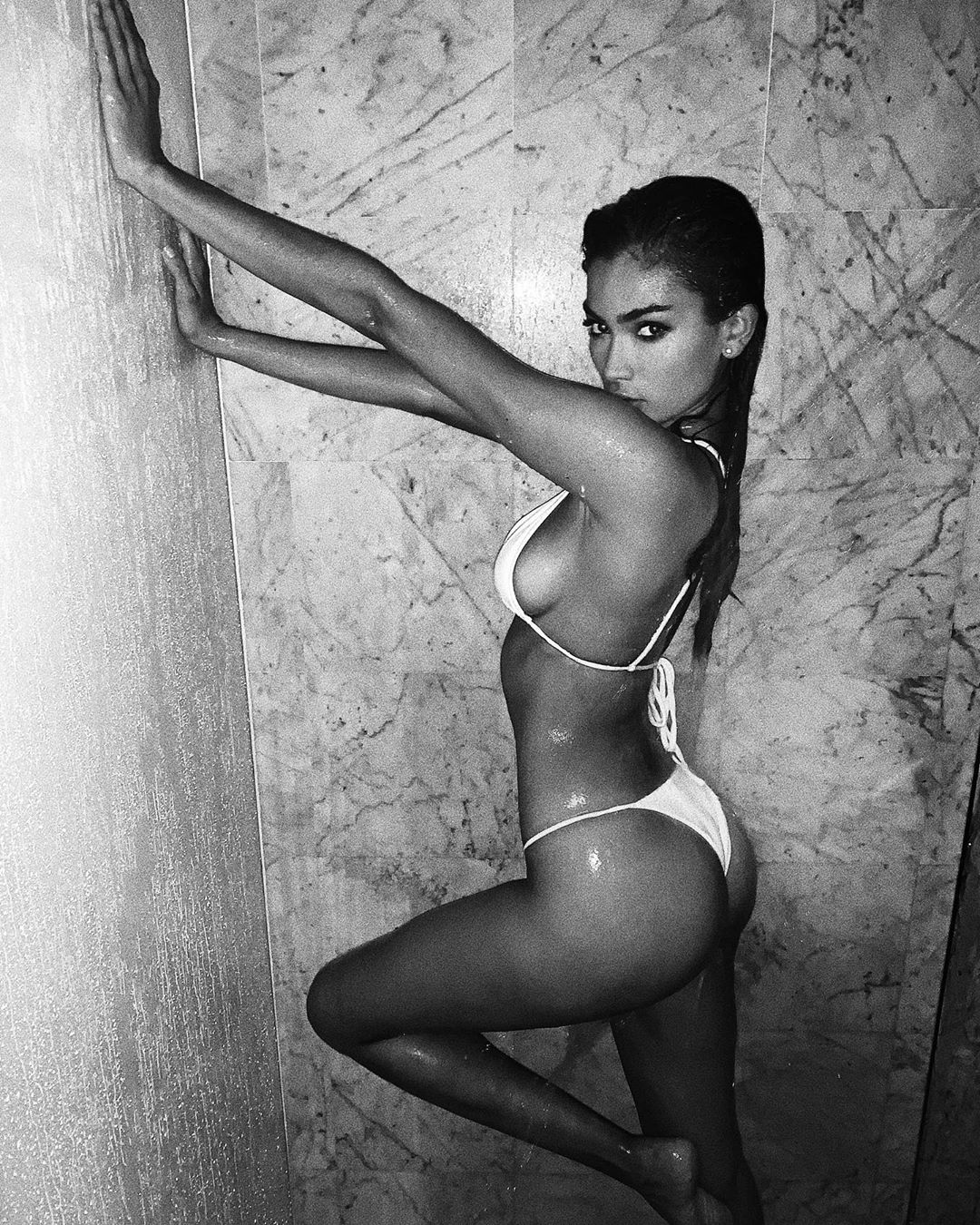 Kelly Gale is an AMAZING Swedish / Australian / Indian underwear model with an awesome body. You can find her on INSTAGRAM where she posts all kinds of SFW, implied nudity to maintain her 1.4 million fans and hopefully recruit in more people into hot bodied babes half naked! You could argue it is quick follows, quick likes, easy, but sometimes that's enough! It's one of those "I've seen too many influencer tell me about what health and wellness trend I should try despite not being experts", that hot pics are more than enough and serve their purpose just fine!

She is known for being in Victoria's Secret, Sports Illustrated and Playboy and now what we'll call the "Bikini Shower Series".

Her boyfriend is a Swedish actor from something called Altered Carbon. His name Joel Kinnaman and he had corrective surgery to fix his concave chest by having two metal bars inserted in his sternum, which is unrelated to Kelly Gale but something I found crazy, but more importantly it brings hope for any of you concave chests out there wanting a Victoria's Secret model girlfriend, thinking you can't get one due to your deformity, have some hope because it worked for Joel Kinnaman.