Joey King attended the Golden Globe awards, she was nominated for her role as Gypsy Rose Blanchard (Free Gypsy Rose!!) an extremely abused young girl who ultimately (spoiler alert) had her mother, played by Patricia Arquette killed after years of putting her through hell. The actual story is pretty insane, and The Act on Hulu did a great job of showing us the entire play by play of this madness.

So Joey King and Patricia Arquette are homies now and attended the awards together, Patricia took home an award or two and while the two were playing around for this elevator photoshoot, which you can see below, somehow Joey smashed her head on the award. Which gave her a massive wound. It also may have given her a concussion which would explain this video of her dancing in her bra. 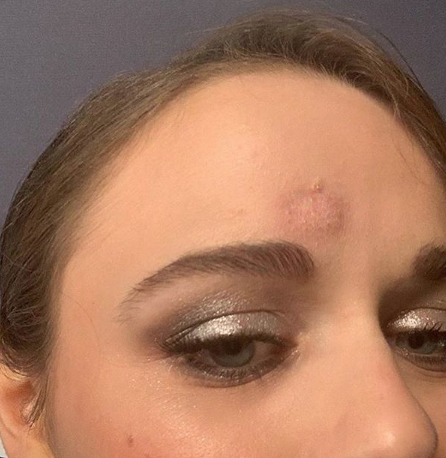 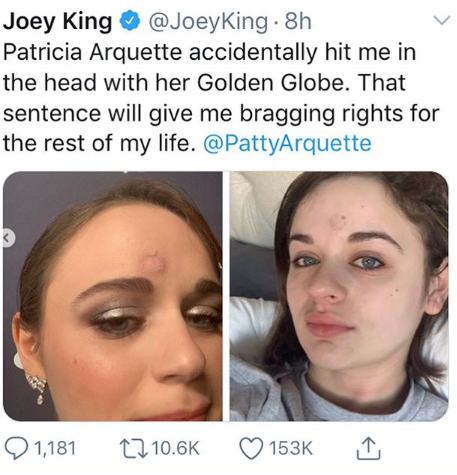