Jenna Ortega is the new Wednesday Addams and stars as the character in the new Netflix series Wednesday. The show is due to start steaming on November 23 and also stars Catherine Zeta-Jones as Morticia and Luis Guzmán as her father Gomez Addams.

Jenna made her way over to The Jimmy Kimmel Show this week in to talk about the show, along with how she got into acting by starring in commercials. The actress revealed that she actually hates dipping sauce, shocking news, I know.

While she was at the studio, Jenna snapped some photos backstage and showed off her late night show glam along with a better look at her long black dress which looks like it was inspired by Wednesday Addams as well!

See all the photos in the gallery and watch Jimmy Kimmel look like a creep in the video below! 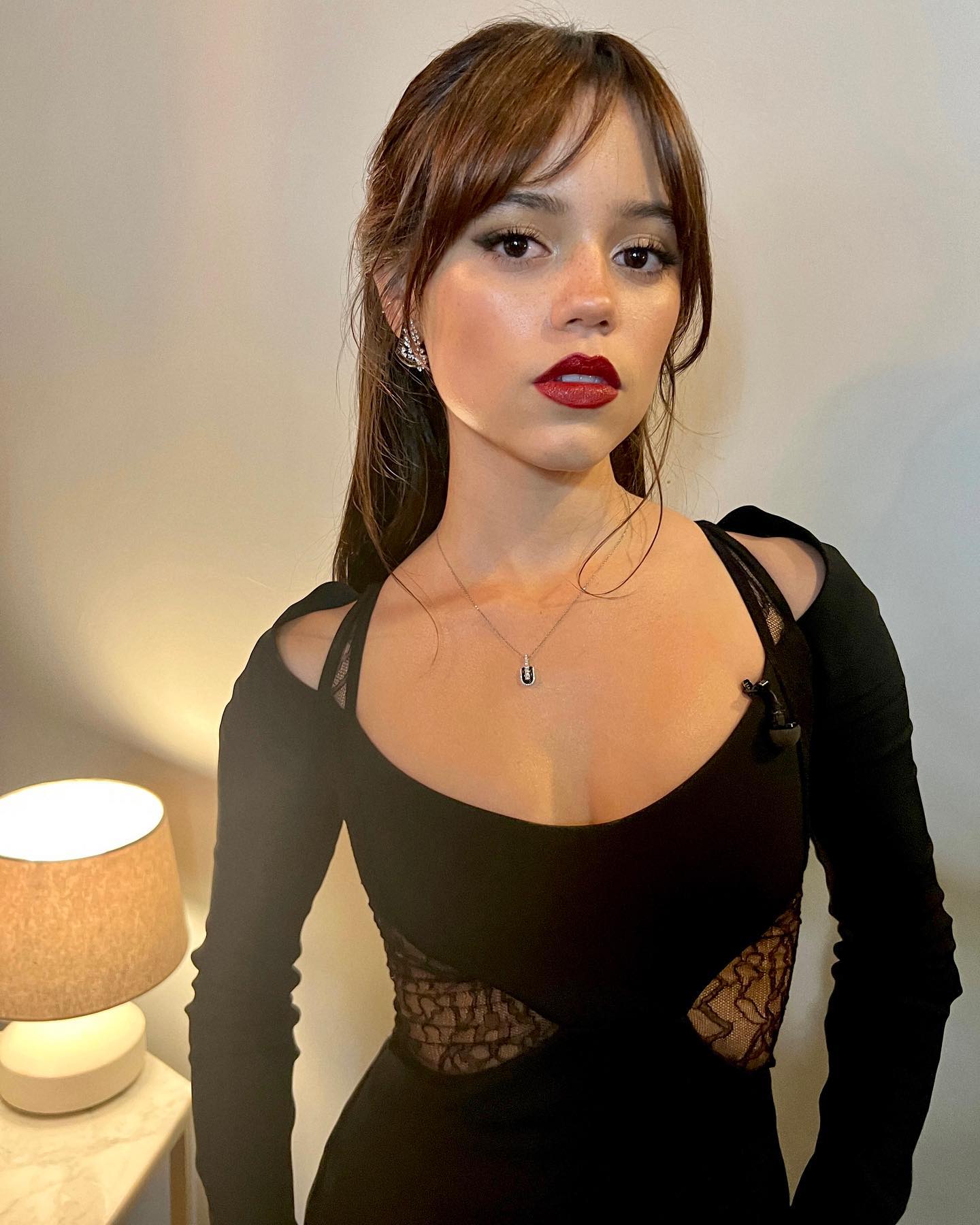