Isabela Merced is also knowns as Isabea Moner, but she's changed her name to Merced because I guess Moner rhymes with boner and that kind of thing gets carried on your back from a young age for your entire life. It all starts when other kids realize your name rhymes with boner and terrorize you about that. Trauma.

She's only 18 and being packaged as an it girl. She was the voice of a character on Dora the Explorer TV show from 2014-2017, but was cast as Dora in a Dora the Explorer movie. Which I am sure was a huge deal for her, I am just not in that "demo". She was also in Sicario: Day of the Soldado which I am pretty sure I saw, it's a little more on brand but I watch so much crap on a daily basis I couldn't tell you whether she was good in it.

Her mother was born in Peru, her dad in Louisiana, she was raised in Cleveland, and now she's a rising star.

This is a facetime photoshoot because of Social Distancing or whatever, where she's looking nice and hot! 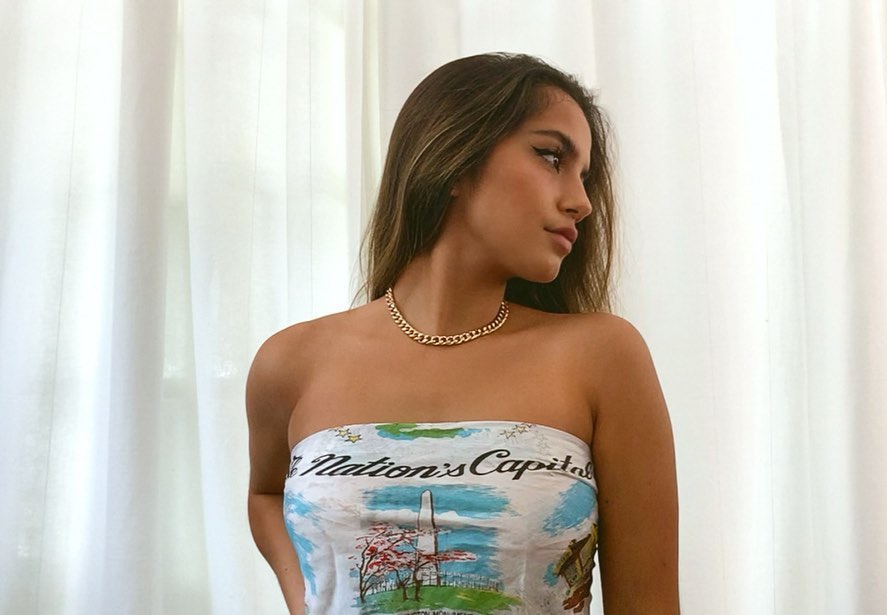