In other Halloween news, Halsey and her shaved head are here to show off her special effects makeup skills with two very well done looks for Halloween. The singer first shared a quick look she "whipped up" that makes her appear to have one of her eyes gouged out of her head, and a simple red lip.

The more recent look she worked on was The Corpse Bride, Halsey admitted that she completed the look on her own and that the blue body paint did make her skin breakout after. She also said that her skills in special effects makeup were developed from watching episodes of the show Face Off and by watching countless SFX makeup tutorials on YouTube, and it shows!

Halsey isn't the first to rock this Halloween look!
Who did the Corpse Bride better - Halsey or Adriana Lima in 2013? 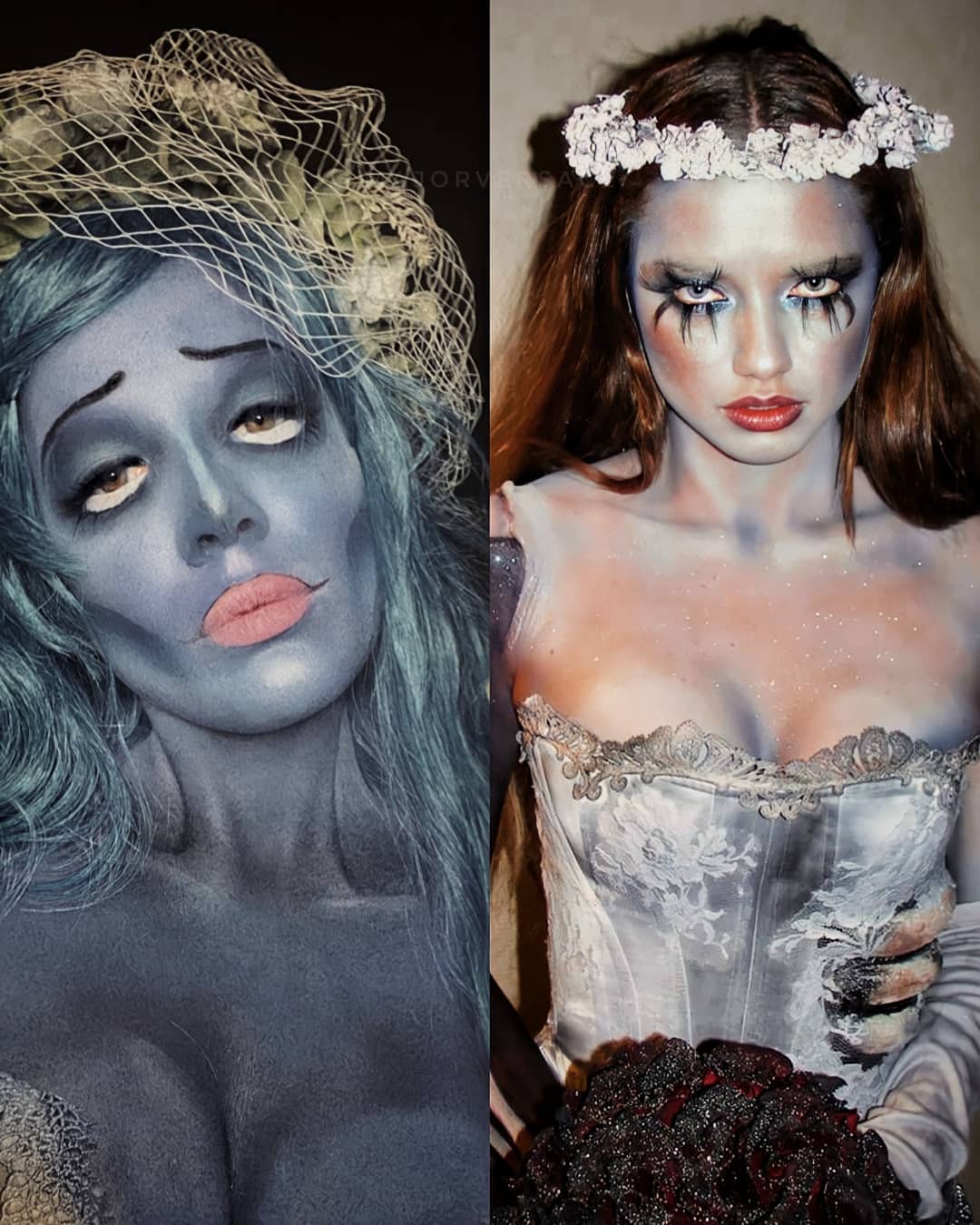 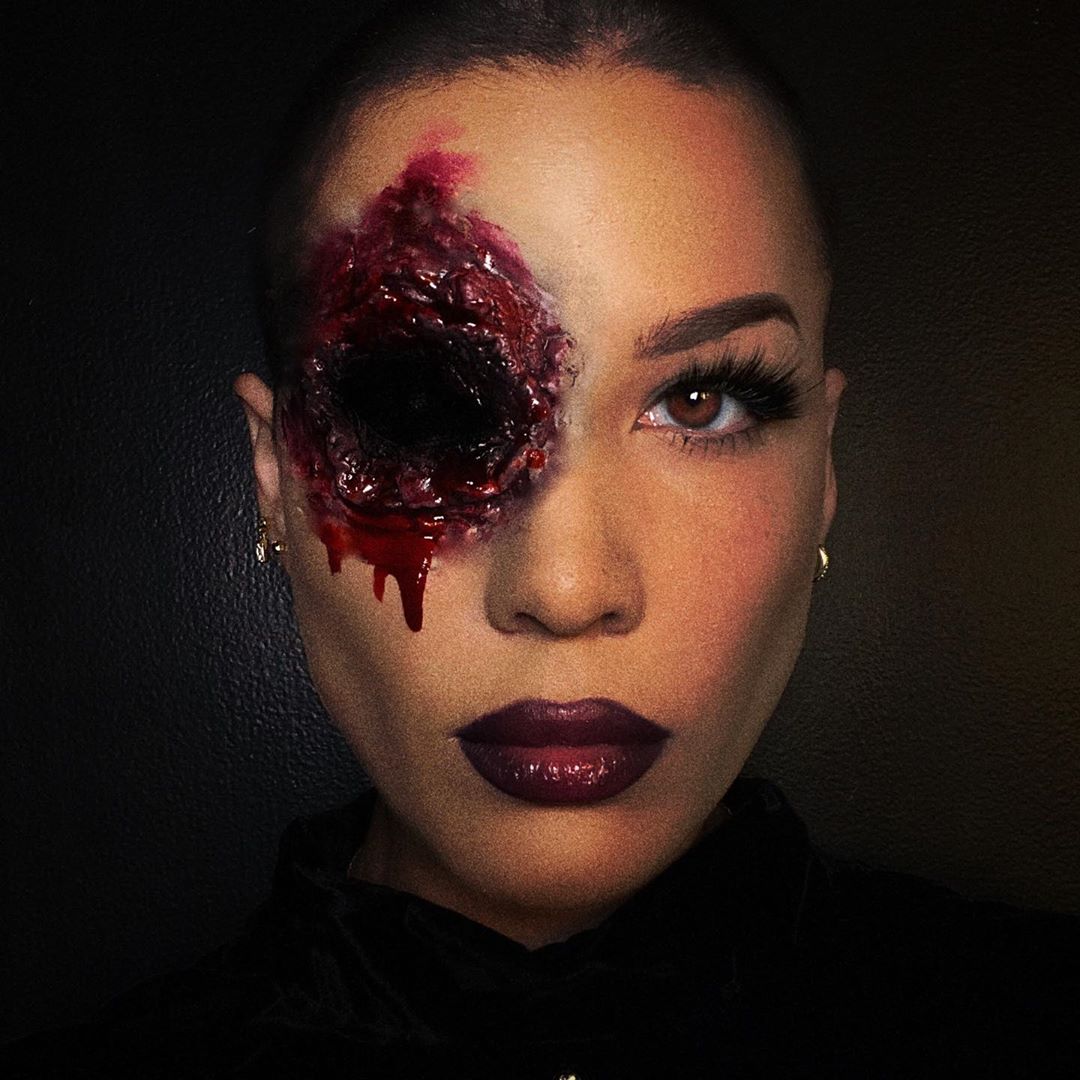