Apparently there had been a blind item going around that said two A-listers were gearing up to reveal that they were expecting. Everyone assumed this was about Hailey Baldwin and her husband of just over 1 year, Justin Bieber. I guess USWeekly was about to drop the story about the Hailey having a bun in the oven so the model decided to hit them with a denial first. Hailey shared the following on her Instagram story asking the publication to stop the story they were about to run and asked them to focus on the election instead. 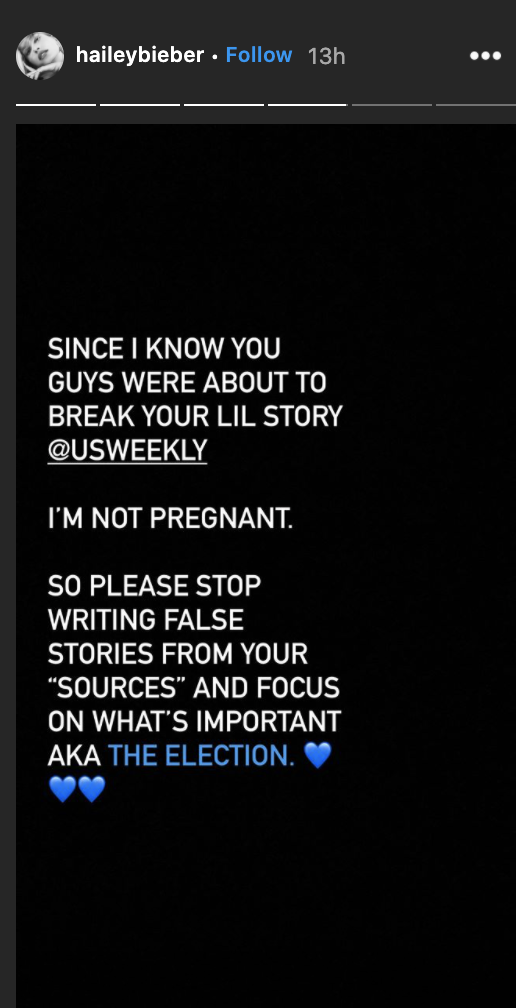 "The strange thing is that I've always wanted to have children early, but now that I'm married, I feel less of an urge. I am an ambitious girl with many projects. It will happen, but not now.” 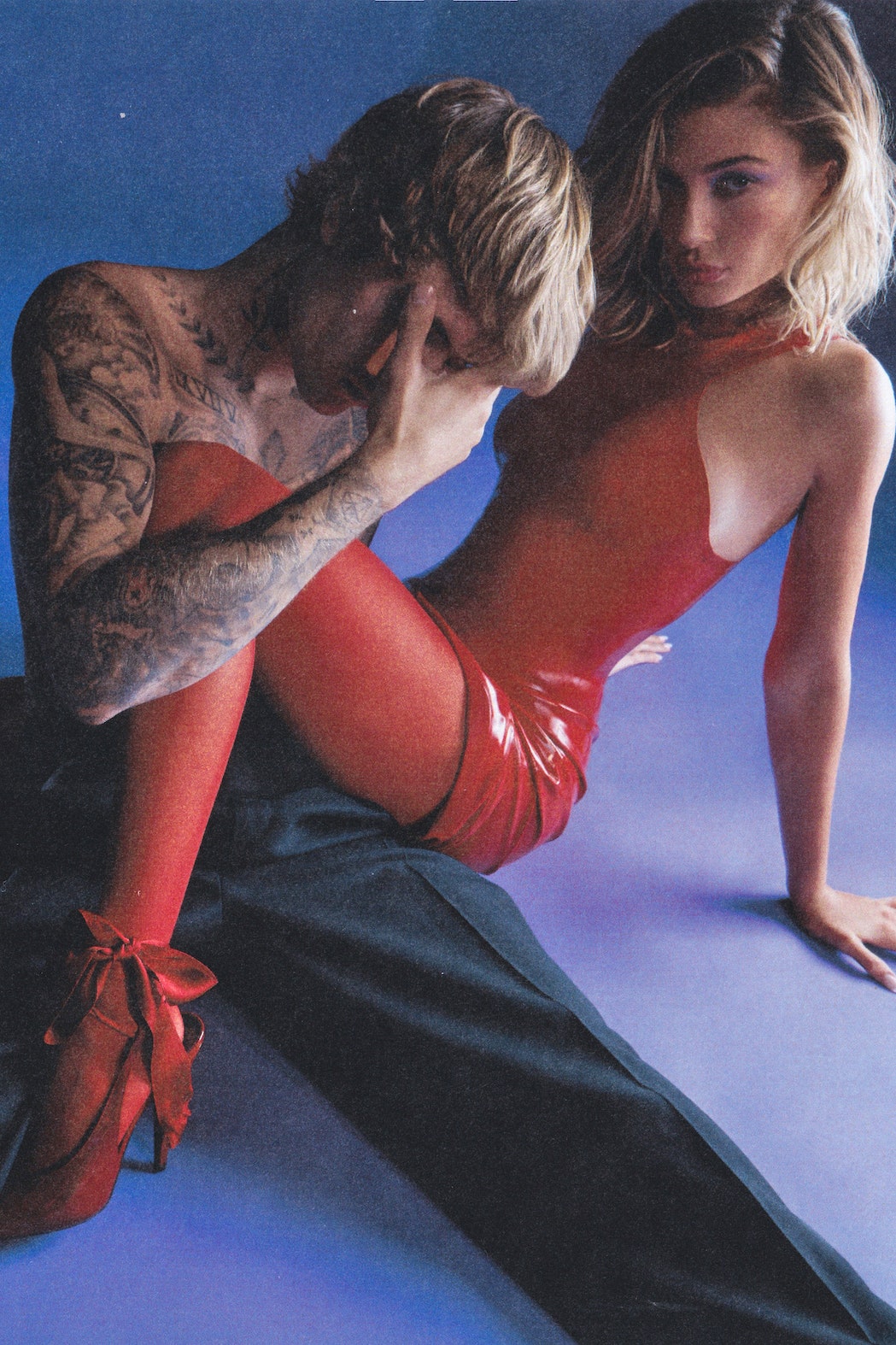