Gal Gadot has been pushing her new movie, Wonder Woman 1984 across her social channels lately. It's not like she actually needs to push the movie on everyone considering it has done so well that Warner Bros. have already announced a third Wonder Woman movie. The new movie has brought in over $16 million at the North American box office, more on that here.

I haven't seen the movie but we can assume Gal's new TikTok video was shot on set because she's rocking some 80's style glam and is singing along to the iconic Lauper tune, Girls Just Want to Have Fun! 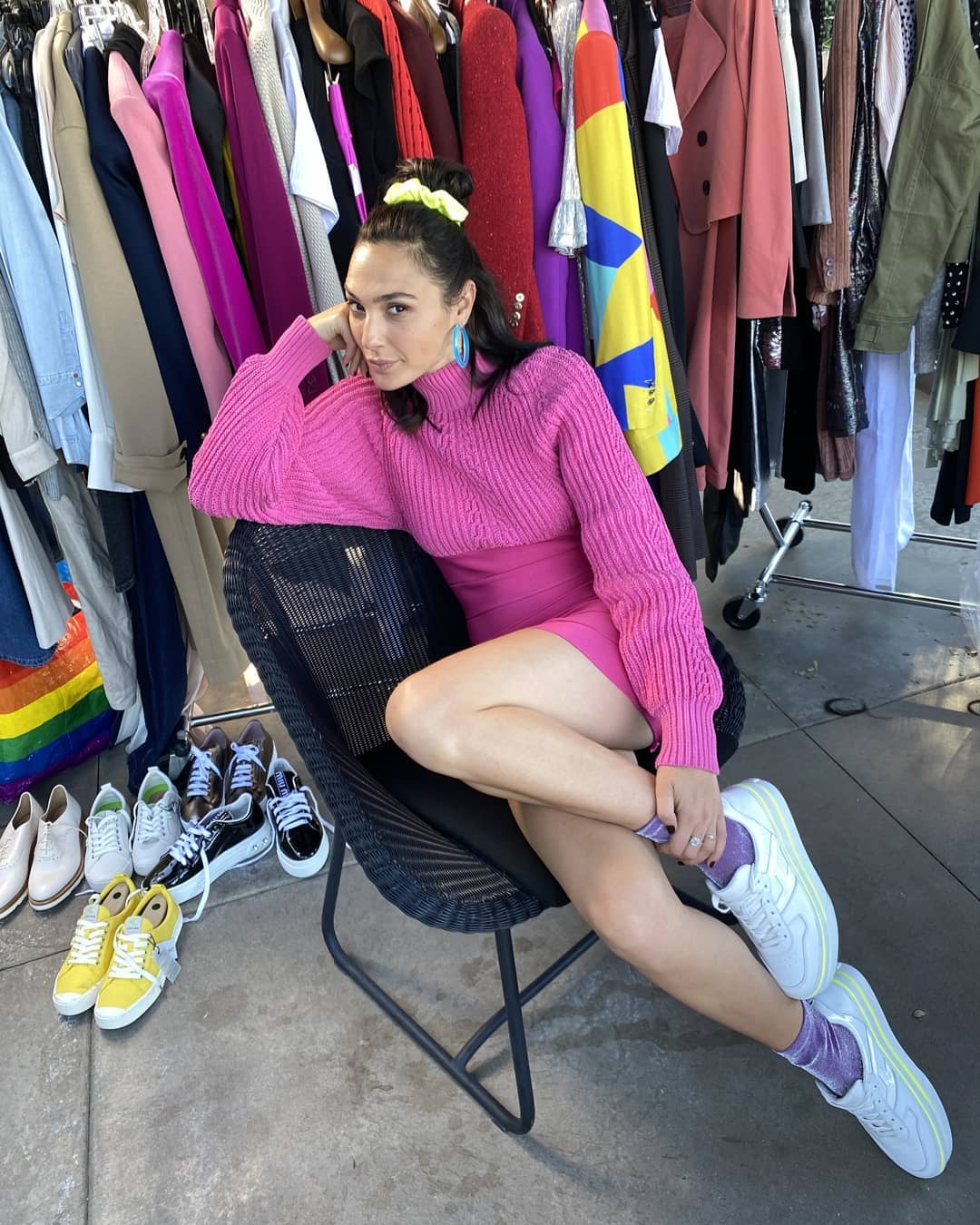