32 year old model Elsa Hosk shot a very biker babe inspired photoshoot back before she told anyone that she was expecting her first child with longtime boyfriend Tom Daly. The shoot was for Elle Russia and when asked by the magazine where she's heading, Elsa replied "To a happy future!" Apparently the magazine was pretty good at keeping her pregnancy a secret or as they called it a "vow of silence". Here she is looking totally un-pregnant on the new digital cover! 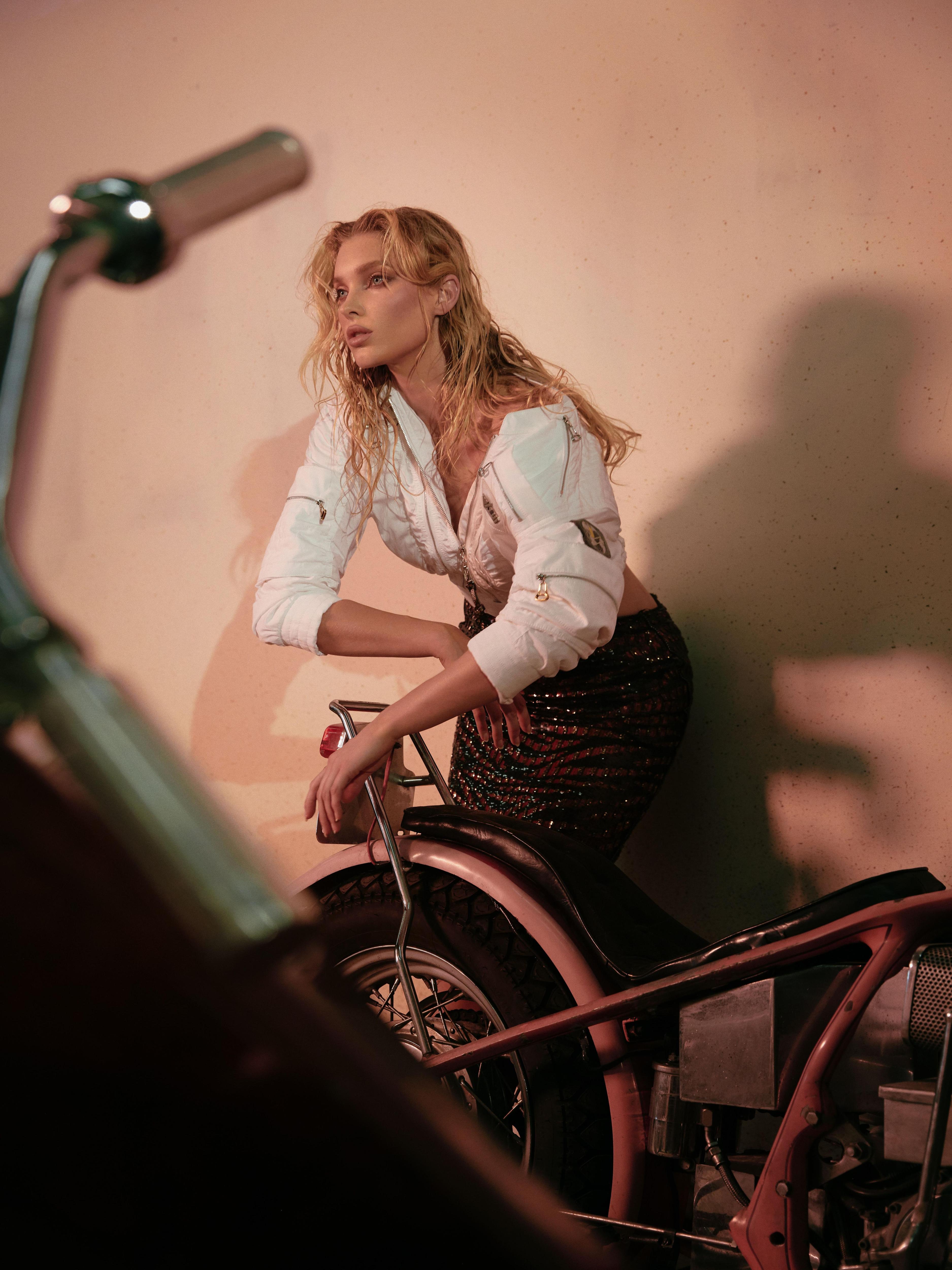