Rainey Qualley isn't the only celebrity doing some weird photoshoots for the new Gucci ad campaign, Elle Fanning is getting in on the mix! You may remember Elle had her directorial debut last month when she released her short film called Gucci Always Wins. So I guess she's both a fan of the brand as much as the brand is a fan of hers. Aren't we all secretly deeply in love with Elle Fanning? Is she even human!?

Here is our communal crush Elle Fanning swinging from the chandeliers in a fresh off the runway Gucci dress! 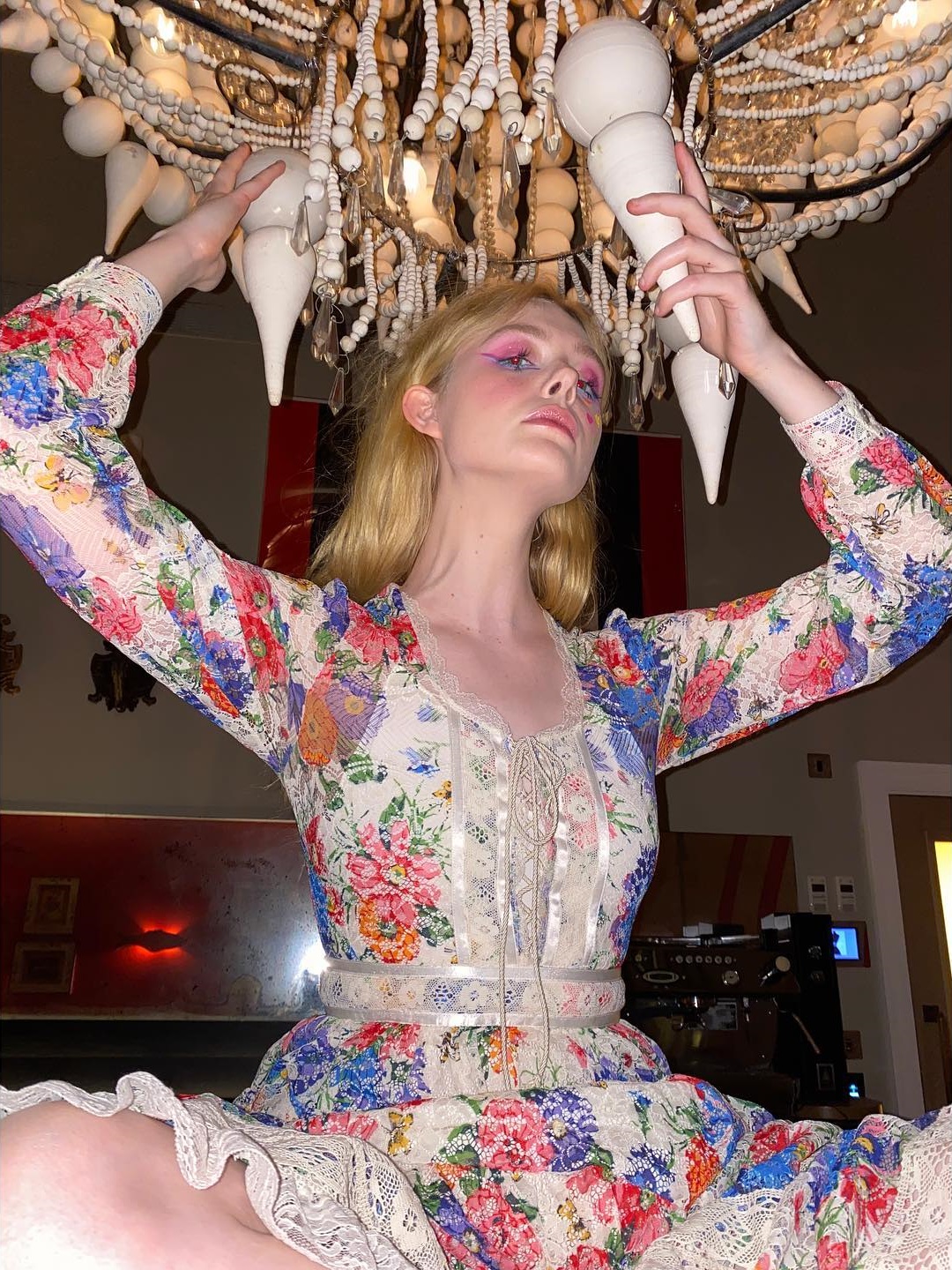