The last time I posted about Elizabeth Gillies I said she was on the remake of the show Dallas and obviously I’m an idiot because I KNOW she’s on DYNASTY but I had a brain lapse, so thank you to those who pointed out that error.

The DYNASTY star spent Memorial Day weekend at her home in LA with her dog Otis, a brindle french bulldog. I don’t know who’s cuter, Liz or Otis in this new snap of them together, which a fan took and made this doggo art with! Elizabeth is a big dog lover, she recently posted a photo of herself and a random NYC dog on the street and spoke about how the days of interacting with random dogs are gone now that we live in constant fear of contracting this virus!

Here is a video of her strutting her stuff and reminding us (me) that she's on Dynasty streaming across Netflix. 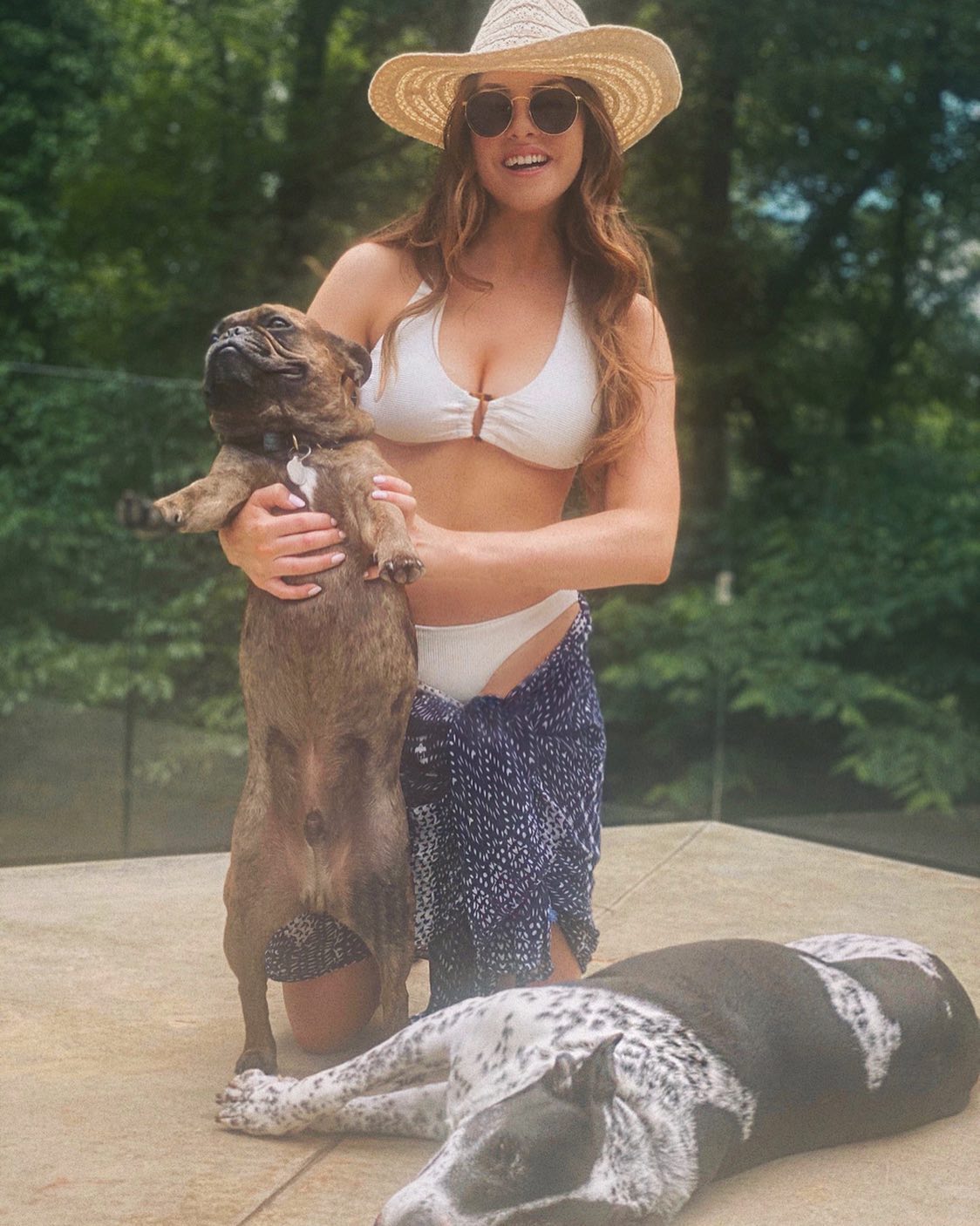 Bella Hadid Back at Work!