AppleTV came out with a new tv series called Schmigadoon, which is basically a parody of 1950's musicals. The show stars Keegan-Micheal Key and Cecily Strong who play a couple that end up in a town that is actually a musical. You can catch the first look of the new show below.

Dove Cameron also stars in the new series as Betsy McDonough, a character inspired by Ado Annie from Oklahoma! The star shared a behind the scenes look at filming the project, which took place in Vancouver Canada, on her Instagram channel. More Dove in the gallery! 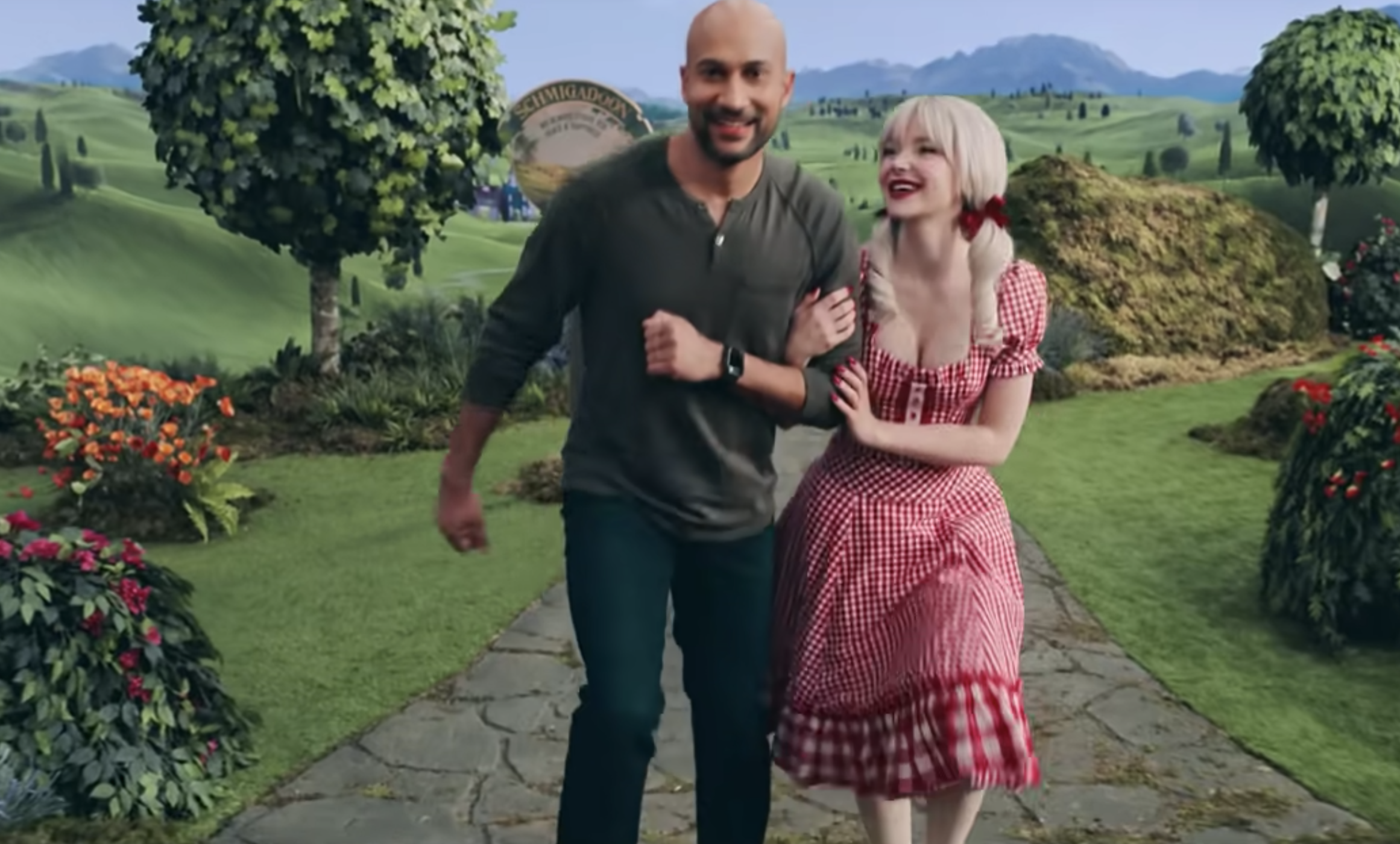