Chloe Bailey nearly broke the internet this week when she shared a series of topless photos of herself sitting on top of a public toilet. The actress held her hands over her breasts and posed for the photos, captioning her post with "shitted on em" which is as funny as it is gross!

The singer recently appeared in fellow musician Latto's new video for her song It's Giving which is all about being a girl boss, something Chloe is also known for. See the new video below and don't blink or you'll miss Chloe. Scroll through the gallery for the topless toilet shots! 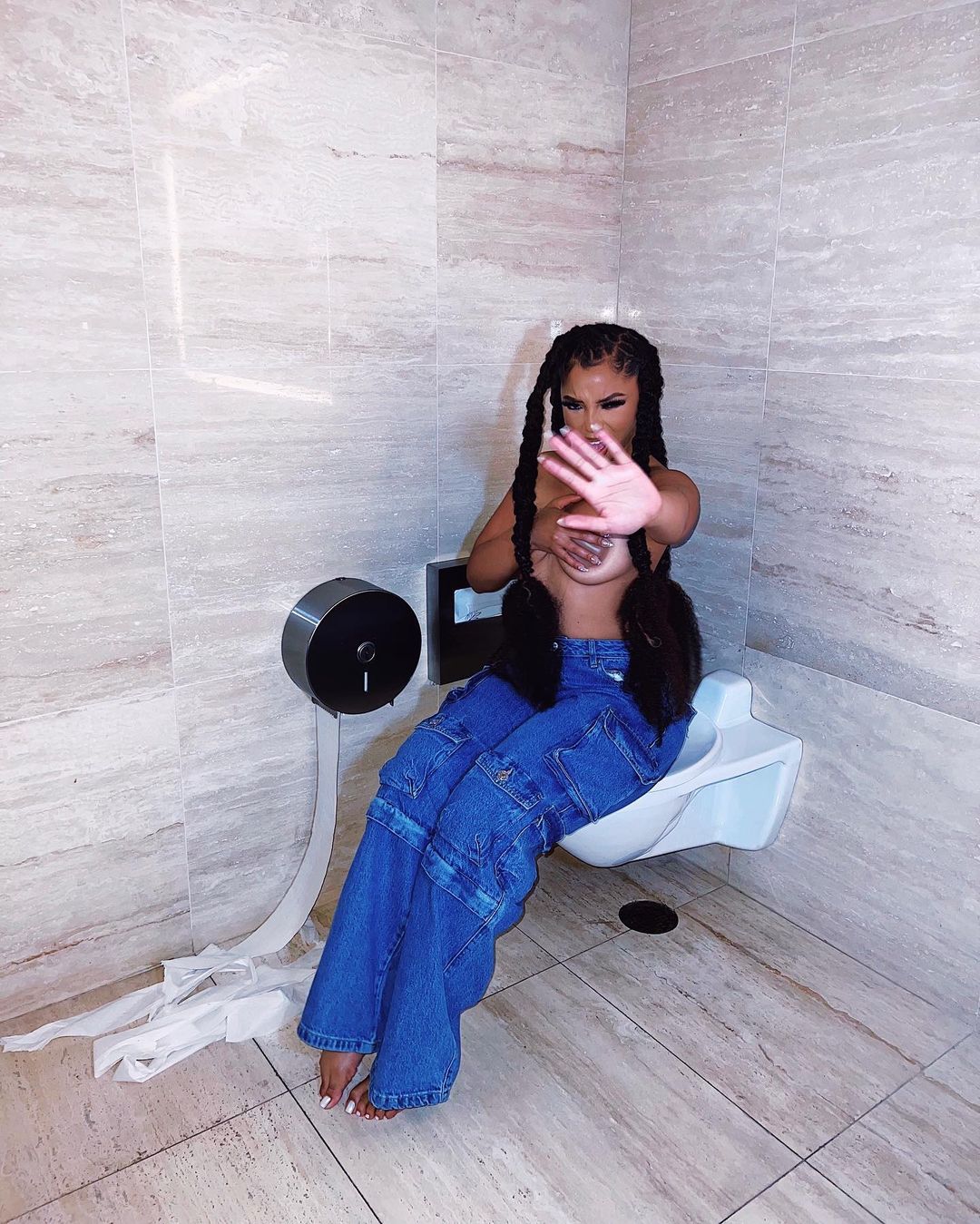