Big news guys, Sydney Sweeney has a boy toy! The Euphoria star and HBO's It Girl has been down in Maui filming a project with Alexandra Daddario. You probably already knew that part because she's been sharing some of her adventures around the island, like swinging on a rope and snorkelling.

The actress has also been showing off when she's up in her hotel room, posing for Rihanna's Savage x Fenty lingerie brand as part of their brand ambassador campaign. These new tan lines she's rocking are going to look great in the brands holiday line!

So the news is that Sydney was spotted at the beach with her on again off again boyfriend (apparently) Jonathan Davino. I had no idea that Sydney had ever dated anyone and up until this point thought I she was a Puritan like Elle Fanning.

Here is the viral photo of Sydney straddling her boo in the water. See more Sydney in the gallery below! 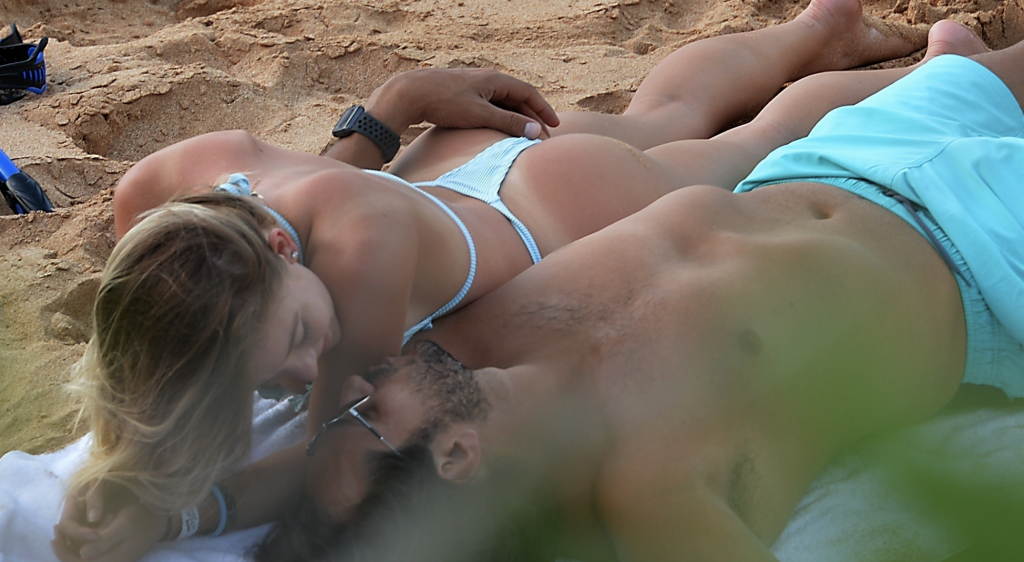 Girls in Leggings for Humpday