Bella Thorne has made her way out to the Sundance Film Festival in Park City Utah this week where she attended the premiere of her new film Divinity. The movie is a sci-fi thriller produced by Steven Soderbergh and also stars Stephen Dorff, Scott Bakula and Karrueche Tran.

Bella attended the premiere wearing a custom made gown by designer Roberto Cavalli which had her posing outside in the snow and reminding us of that age old saying; hoes don't get cold!

See more Bella in the gallery! 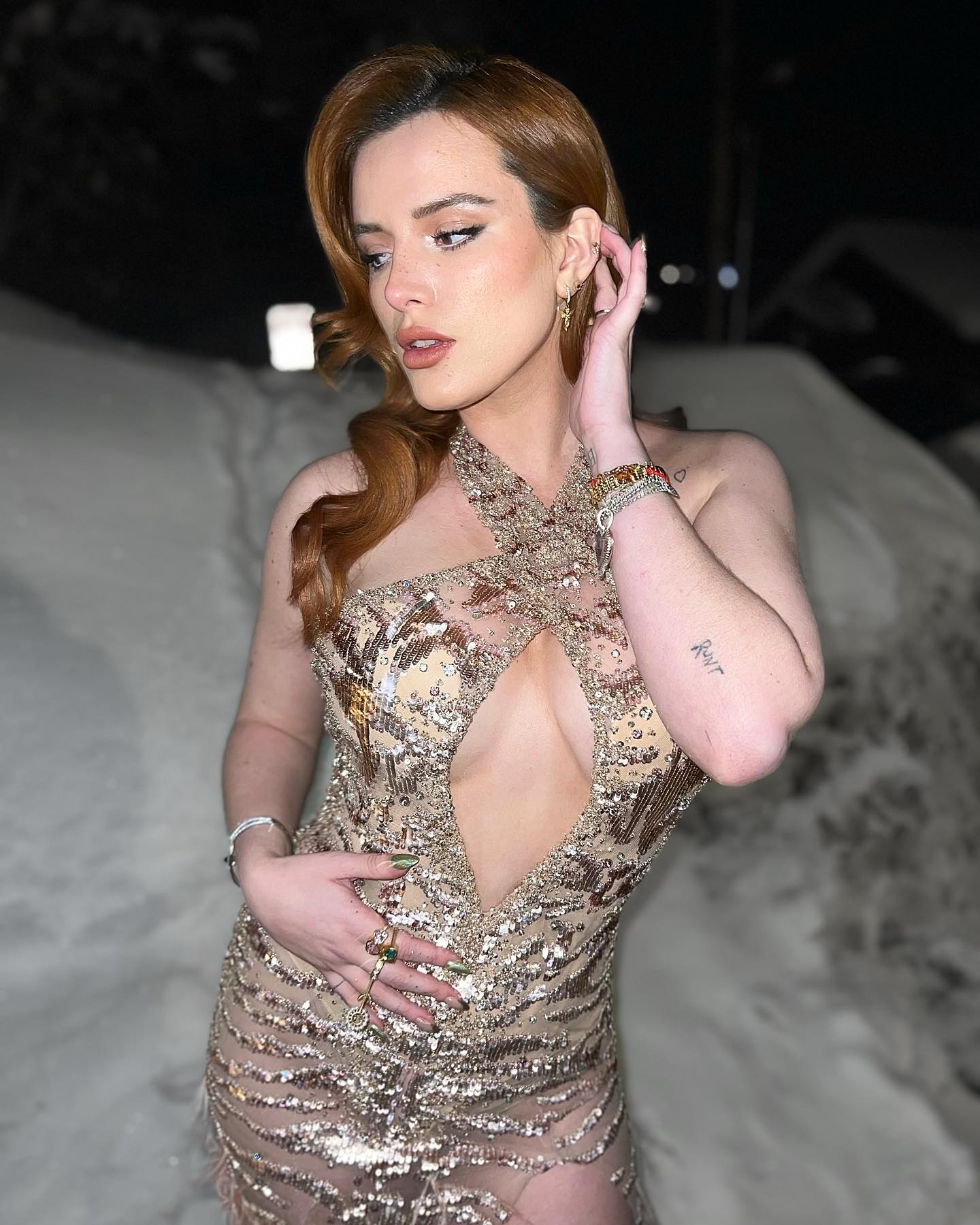 Battle of the Redheads: Madelaine Petsch VS Bella Thorne!

Joey King Winning Our Hearts at the MTV Awards!