Ashley Tisdale is still on self isolation all alone, but she’s made a new friend in her blow up lama which she named Sheila! The High School Musical icon threw herself her own little solo pool party this weekend, filming herself jump onto Sheila, and miss, along with a few other snaps of her dancing around in her tiny black bikini.

She also posted this super sexy photo in a white thong and crop top to let her fans know that she hasn’t been working out during quarantine, and still manages to look this toned!

I have to be honest, I haven’t really worked out that much because I’ve been really focused on my mental health during this quarantine. I’ve been doing a lot of meditation and yoga and trying not to judge myself. Even though I wish sometimes I had the energy to kick ass and do abs I have to say I still feel sexy, I still feel beautiful and the best part is I think I love myself more. 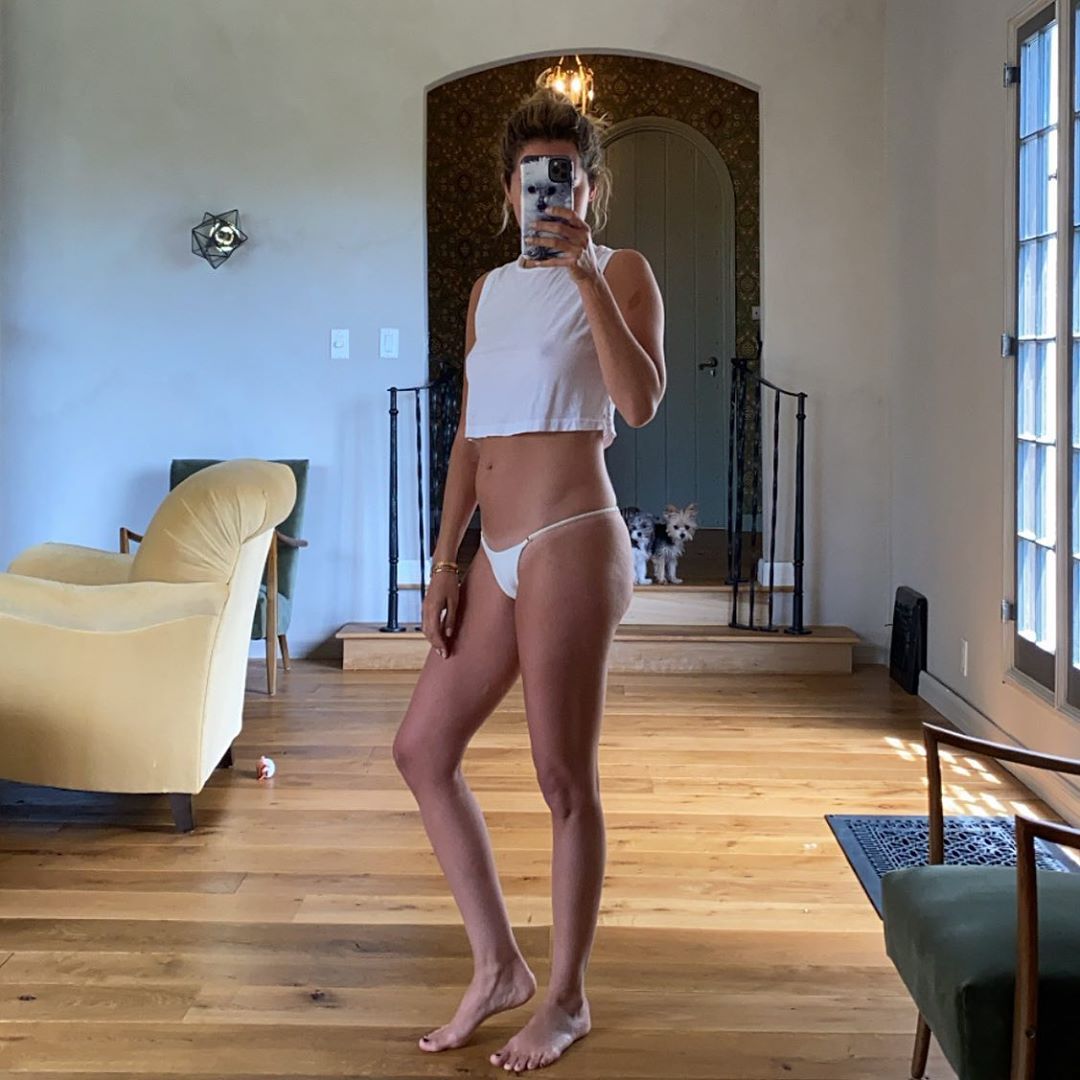 Kira Kosarin Rollerskating Her Way to Our Hearts!

Nicole Scherzinger as the Tiger King